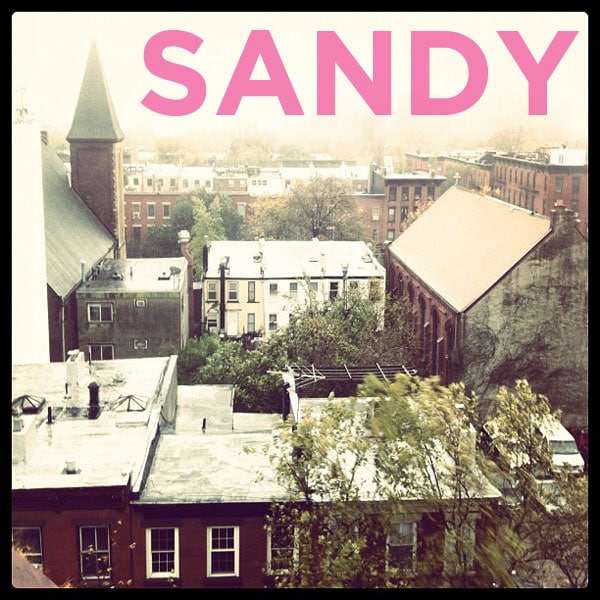 You might have heard that we’re having some extreme weather in New York, what with Hurricane Sandy barreling up the coast and wreaking general havoc and inconvenience in her path. Yesterday, both NYU and Parsons announced cancellations for today, and today they’ve already announced for tomorrow. While our hearts go out to anybody and everybody who might actually be affected by the storm in any way, I’m privately and very selfishly thrilled to get a couple days to lounge around and pretend I’m a rich housewife or an agoraphobe, both long-held aspirations of mine.

Yesterday we went to the grocery store and battled huge crowds and very long lines to stock up on “the essentials.” The great (or horrifying) thing about Brooklyn is that nobody really has any idea what the essentials are, so a pretty standard shopping basket tends to hold some combination of frozen pizza, ice cream, a six-pack of beer (or more), and maybe a can of soup and a gallon of water, just because that’s what everyone else seems to be doing. People basically treat this stuff like a city-wide mandate to just stay inside and smoke pot for a couple days, which is pretty cute. Brooklynites would probably be the first to perish in a zombie apocalypse, but they’d do it with style and probably while working on a puzzle, eating kale chips, and watching Twin Peaks.

Like the rest of the borough, we have no fucking idea what to buy. For non-perishables, we basically picked up a couple cans of beans and called it a day before turning our attention to something more important/delicious: baking. We very rarely bake but something about being stuck inside has gotten us into the spirit. 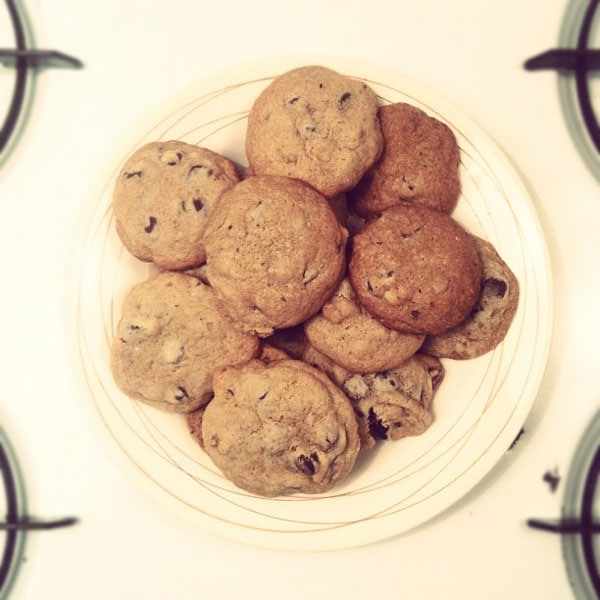 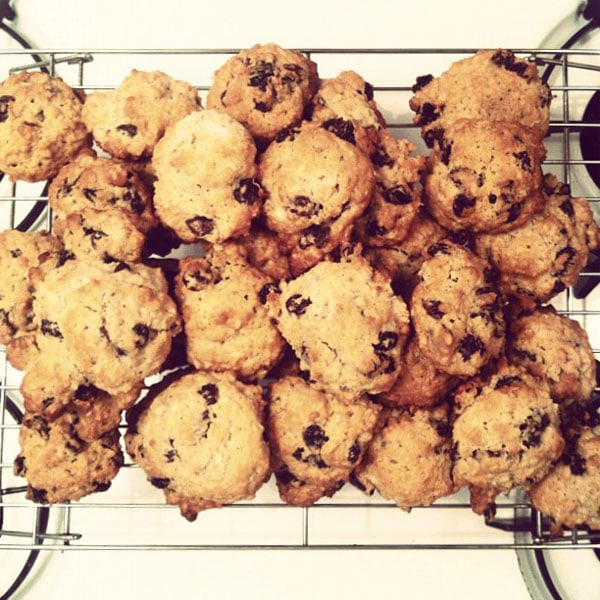 While Max was making Toll House magic, I moved on to my grandma’s oatmeal raisin cookie recipe! Max isn’t a fan of these cookies, but I love them. It’s a family recipe so I’d need to get permission before posting it, but I love me some oatmeal raisin. 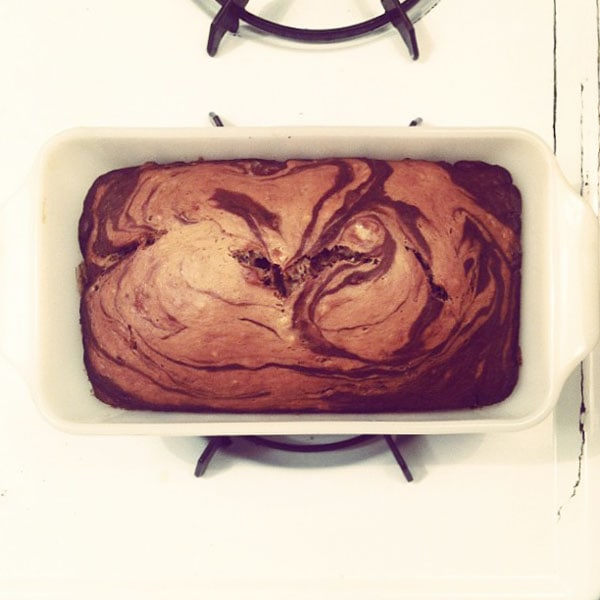 I also tried my hand at Post Punk Kitchen’s vegan Marbled Banana Bread, which Anna made once while we were hanging out about two years ago. It’s a super delicious recipe and very, very easy to make. 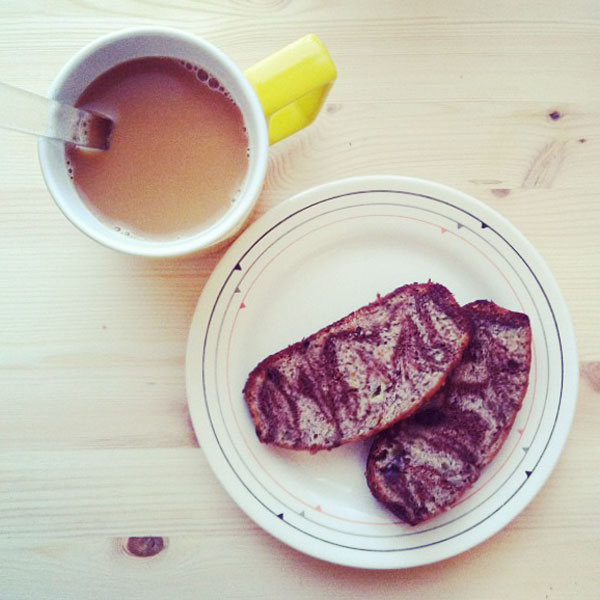 I might need to make another batch, since one slice just really isn’t enough.

Otherwise, we’ve been hanging out, getting some work done, making popcorn and watching some trashy TV. Long Island Medium is my new very favorite thing in the world, Seeking a Friend for the End of the World is really shitty, and we’re considering buying Safety Not Guaranteed on iTunes because Aubry Plaza. <3. 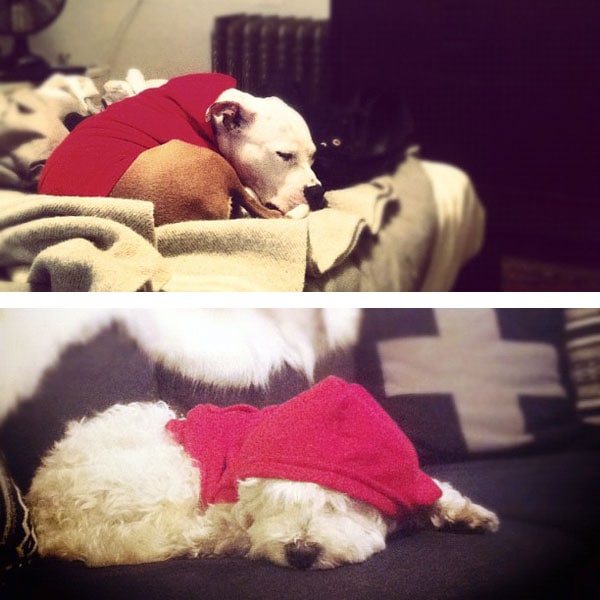 We bought the dogs their own little matching American Apparel hoodies yesterday (they’re only $16!) so they could get their cozy on, and it’s pretty adorable. They are not at all concerned or anxious about the storm and I think are just enjoying having us all hang out together for a couple days.