I guess I should take the opportunity to clear some things up, like how this is all happening. Basically, Eva’s back home in Jersey for the summer and I’m staying up in New York. Because her family is full of lovely people and keeping a car in New York is an incredibly and uniquely hellish task, I’m keeping my old rustbucket Roxanne in her garage.

So this weekend, I took the train out to New Jersey and we drove back to Ikea in Brooklyn. We both love Ikea but mutually agree that we don’t really want an “Apartment in Minutes!” kind of place, but would rather have it come together with stuff we really like. Which doesn’t mean this will be the last piece of furniture we’ll get from there, but it is the first: 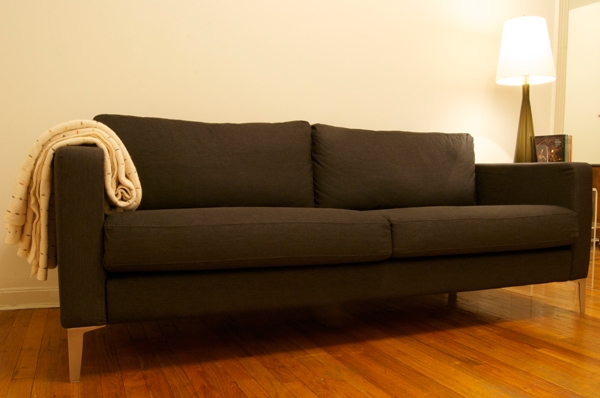 The KARLSTAD Sofa in Sivik Dark Grey. We opted to get a different style of legs than the standard birch rectangular ones and I think it makes the couch look so much nicer. Originally we wanted that really cool mid century sofa– you know, one from Mad Men with the buttons along the back and the tapered legs. Eventually, I did so much sofa research my head spun. And even though it’s more modern-modern than we originally intended to go, in the end this seemed by far like the best couch for the money– it’s very comfortable, it looks good, and at $350 you can’t really beat the price. It’s also slipcovered, so every last stitch of that upholstery can be dry cleaned and we could potentially swap out the upholstery someday if we’re bored of the charcoal (Ikea changes the available slipcover options but the couch will probably be in production approximately forever). Assembly was really really easy, we probably had the whole thing together in about half and hour.

We also got this STICKA blanket in natural, and I love it as well. The stitching is yellow, orange, blue, and brown. 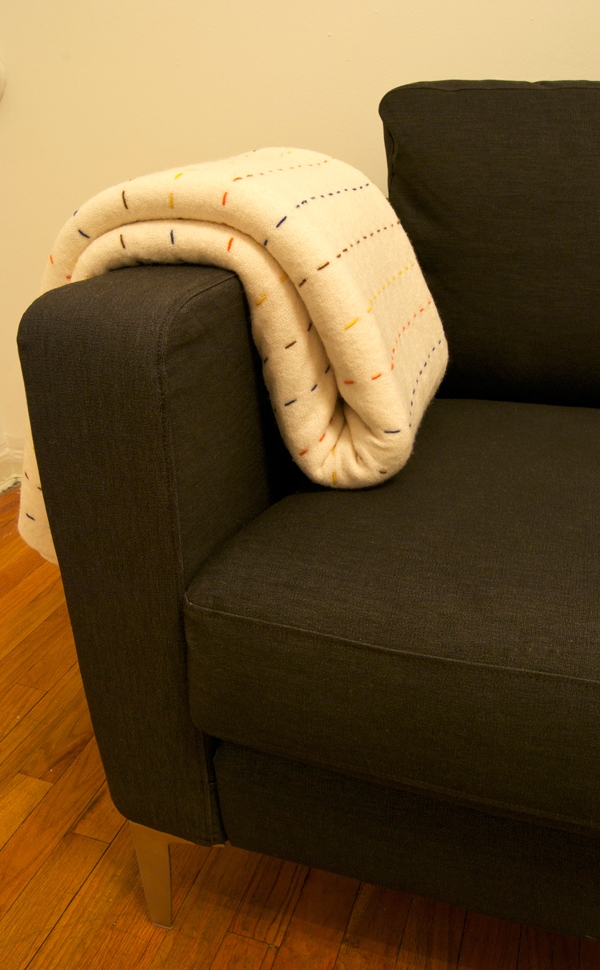 And yes, those walls are painted! I’m nearly done in the living room. Ceiling painted, light fixture put back in place, walls spackled, sanded, primed, and painted. Now I just have to pick up the trim paint! Phew. These pictures are taken at night so it’s not a great representation of the color, but the walls are “Moonlight White” from Benjamin Moore. It’s an amazing white that I’ve used before– it’s a very bright white but also has very warm grey undertones. I know it’s hard to appreciate white walls repainted white (I’ll post better pictures when the trim is done!), but I can’t express how much better and brighter it looks. Really psyched for the painting to be over with! 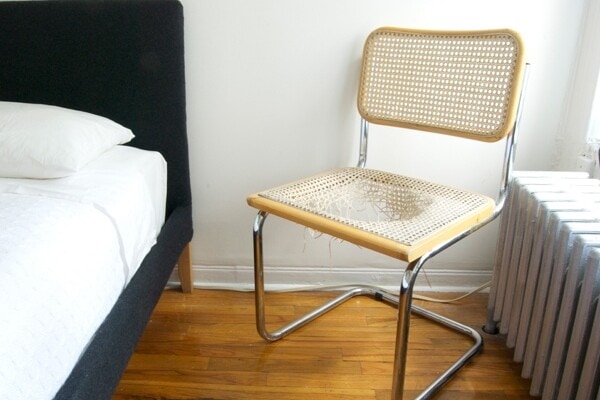 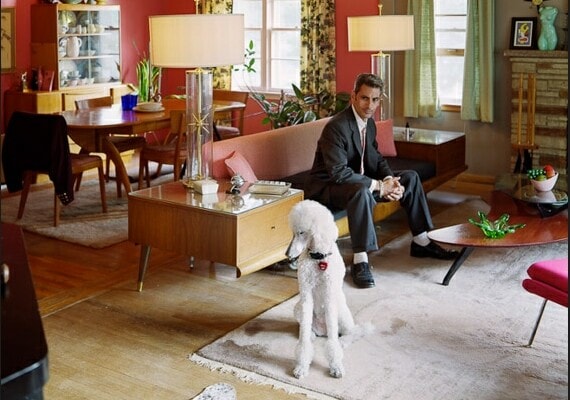