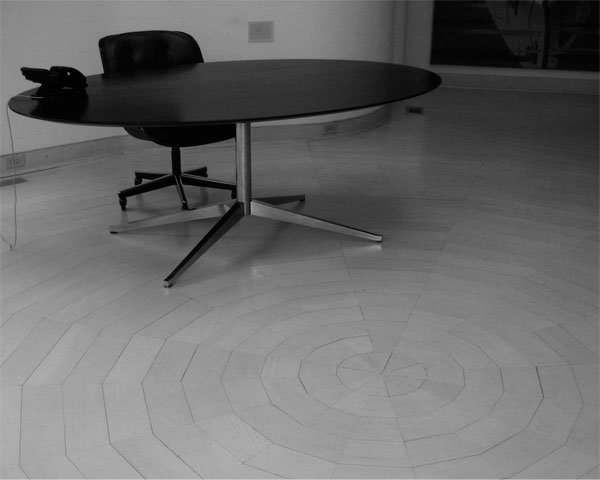 The neighbors wondered whether a motel might be going up during construction. In the Chicago suburb of Highland Park—composed mostly of large, traditional houses—they weren’t used to seeing anything like it in 1963. Single-storied, flat-roofed, vaguely linear, and covered primarily in bright white stucco, it didn’t look like much from the outside. At best, they probably thought, it was uninteresting—a tacky architectural carry-over of California modernism. At worst, it was offensive. There were certain codes of conduct in places like this, and judging from the architecture alone, rule #1 was to color inside the lines.

My grandparents weren’t the original owners of the house, but I never really saw it that way. They were more like adoptive parents: maybe they didn’t build it, but they were the ones who treated it the way it was supposed to be treated. They hired a decorator when they moved in in 1972, and together they conceived and executed a plan, resulting in something not unlike what would happen if Woody Allen’s Sleeper mated with 2001: A Space Odyssey and birthed an entire house. 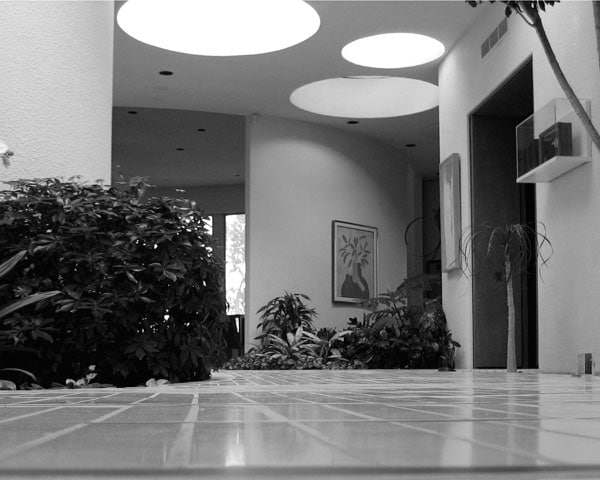 But that wasn’t how I saw it, either, at least not until I was older. I didn’t see it as mid-century modern or 70s glam, and I certainly couldn’t appreciate the curvilinear design scheme that gave the house shape or the particular balance of materials that gave it form. It didn’t strike me as odd that my grandparents owned a sofa made entirely of foam, or that the rug was made of strands of yarn longer than my hands, or that the coffee table essentially amounted to an enormous plastic cube. It was all just part of them.

My grandparents were both people for whom modernism wasn’t any kind of intentional decision or contrived style choice, but just something they kind of emitted and diffused into the air around them. Like Steve Jobs, my grandfather always seemed to be wearing some slight variation of the same understated uniform. He accessorized with slim plastic watches that looked like they’d been flattened by a steamroller. He was a constant consumer of information and news: if there was a new technology, he wanted to know about it. His whole ensemble—the house, the look, the attitude”“added up to being the sort of person who embraced the future with open arms.

They fit, together. For as long as I can remember, my grandma stuck to a basic wardrobe of black and white. But there was always a twist: a line of decorative buttons there, a pair of glasses so elaborate and substantial that it was hard to imagine the bridge of her nose supporting the weight. She always carried with her a set of Paper Mate Flair felt-tip pens, a packet of tissues, and little pill-sized tablets of Equal sugar substitute in a plastic dispenser. She was the kind of person who thought everybody she encountered was entirely fascinating, who could listen to a person talk about nearly anything, and do so with utterly rapt attention. Everything was “nifty” to her, and if it wasn’t, you felt as though it was. Profoundly so. 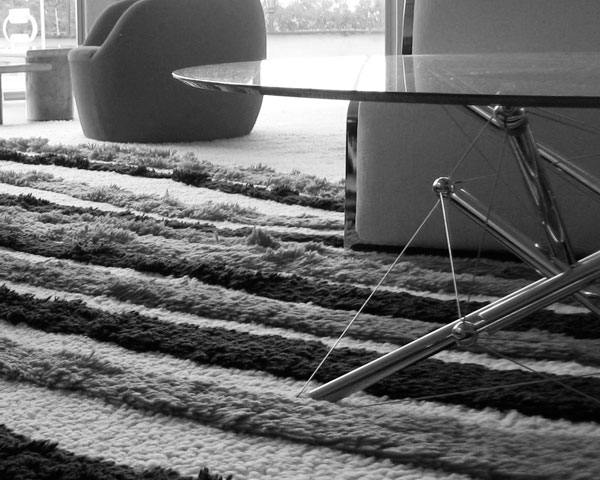 And there they were, in that wild 60s house—colored by vivid 70s technicolor—floating around it all like little punctuation marks. They were a part of that house and it was a part of them. And I thought it was the most beautiful place I could imagine.

My grandfather died in 2001, and everybody more or less figured that my grandma would move out of the house in favor of something more manageable and suited to a woman approaching her 80s. But she refused. I found out a couple of years ago that my grandma never actually liked the house—that it had always been my grandfather’s passion and that she had complained about it constantly. But his death brought about a sort of desperate clinging, the despair of leaving it worse than the despair of living in it alone. This went on until she, too, passed away in 2007.

I went back to the house twice after my grandma passed away—the first time, to sit shiva, and the second time, about a year later on a trip to Chicago. To a stranger, it probably would have looked the same. But it felt different. Where before the air always held a slight tinge of her perfume, now it was flat and vacant. The house was still an amazing place by all counts, but something essential about it had dissipated, leaving only a spectacular shell in its place. 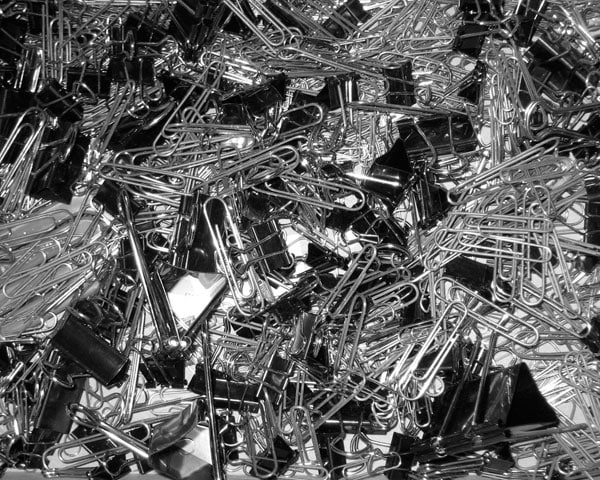 Though it would now be regarded more as pathology than habit, my grandmother was a perennial keeper of things: old receipts, letters, coupons, photographs, and other documents. She had a cataloguing system all her own, enabled mainly by binder clips and paperclips, and stashes hidden all over the house. What began as a daunting but straightforward process (“we’ll rent a dumpster…”) turned into an ordeal that took weeks, then months, then years. As middle children often do, my aunt Janis took on nearly all of this work, separating the trash from the treasure, sitting alone in the middle of the living room with mounds of paper building up around her, a pile for everybody. I wonder if she ever considered carrying it all out the back door, walking a rickety stairway down to the beach on Lake Michigan, and just setting it all ablaze. But she couldn’t do that. Instead, she spent nights and weekends, early mornings and late afternoons commuting between downtown Chicago and her parents’ old suburb to take care of things for the rest of us. For Janis, the house became both a thorn in her side and—if not the final—than at least the largest tether connecting her to the past. Anybody who has ever taken detailed stock of somebody else’s belongings knows the feeling: it isn’t just sorting. It’s communing. And when it’s over, there’s a deep feeling of emptiness and finality. There’s no more to be seen or found, and it’s time to move on.

Everybody wanted to keep the house. Janis and her husband, Tom, considered moving in briefly, and my parents even toyed with the idea of relocating from Washington, D.C. to live in it, but it just wasn’t practical for anybody. Once it was finally listed, the large lot on the lake immediately attracted the attention of developers rather than families, who saw in the house only an easy tear-down and the potential for three houses in its place. And that wouldn’t do.

So we waited. For two years, the family refused enticing development offers, hoping that the right buyer would happen upon it and see what the rest of us saw. But it didn’t happen, and I don’t think I’ll ever forget the sinking feeling in my stomach when I found out that we—the estate—had accepted an offer from a developer. The carrying costs and the maintenance had become overwhelming, and we’d all just lost hope. We negotiated salvage rights, giving us the opportunity to bring in a crew of contractors and remove anything we could—lighting, built-ins, even the doorknobs were coming with us. Admittedly, the idea that pieces of the house could be dispersed and reused across the country was a decent silver lining, but it didn’t help much. The idea of a bulldozer destroying the house all at once was only slightly less palatable than us going to rip it apart from the inside out.

But then something fell through, as they often do when real estate is concerned, and the developers backed out. Amazingly, it wasn’t long after until the right buyers did come along, and saw the house as something special and worthwhile and significant, and offered to buy it. And then it was time to really say goodbye.

Most of the furniture, art, and other stuff got loaded on trucks and sent around the country—to my aunt, just an hour away in Hyde Park, Chicago, to my uncle in Utah, to my parents in D.C. and to my sister in Los Angeles. And we got a few things, too. 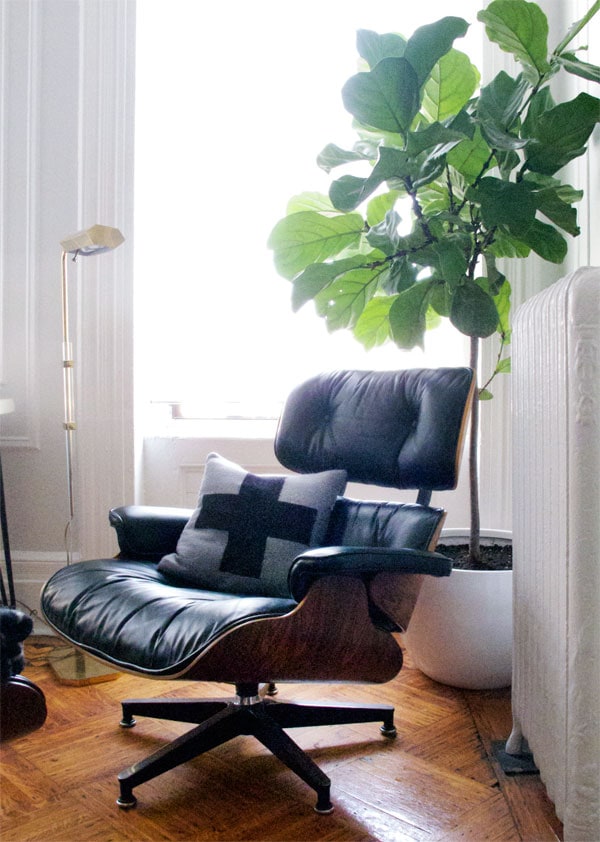 This chair was one of a pair that sat in my grandparents’ bedroom for almost 40 years (my dad has the other one), and now it’s mine. Of course, I know what it is and what it’s worth, but that’s really not something I think about. I love it because it belonged to them, and because I grew up climbing all over it, and because sitting in this chair feels different than sitting in any other chair exactly like it. 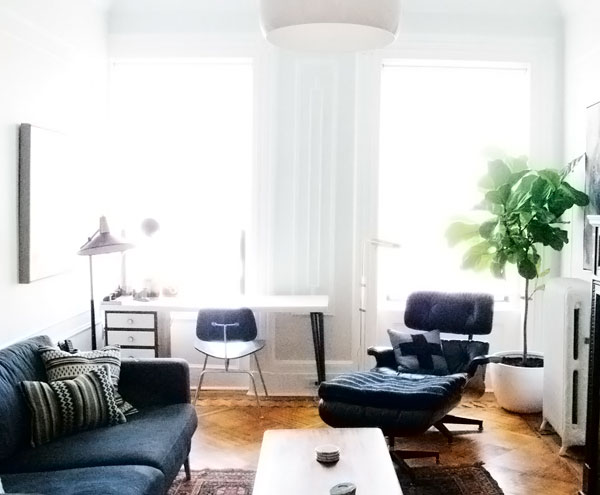 Not surprisingly, it’s also very comfortable and has basically become my permanent office in the apartment. 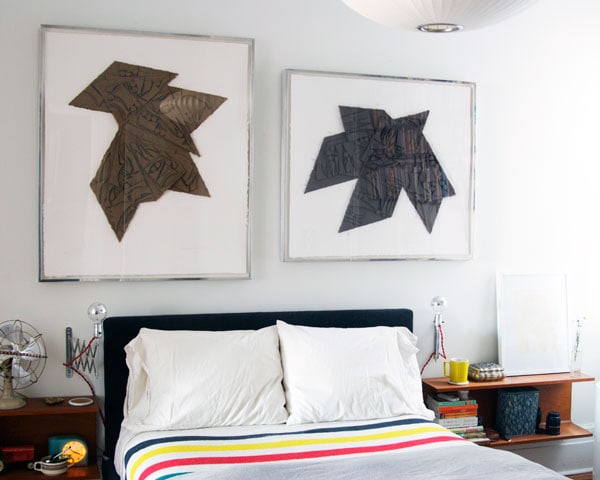 The other biggest thing that came our way on a truck were these two lithographs that used to hang on the wall behind my grandparents’ bed. They’re really sun-damaged and worth very little, but they’re two of my favorite things. I love them hanging over the bed like that, and every time I peak into the bedroom I’m so happy that they ended up with me. 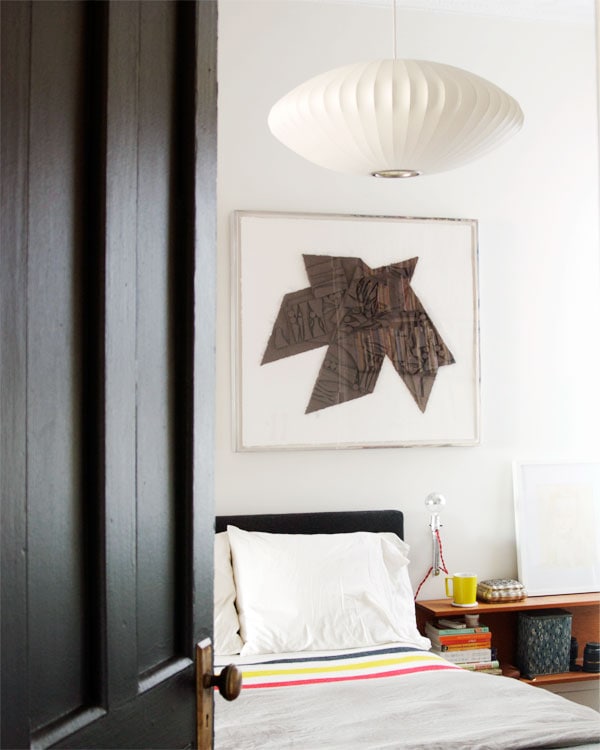 My grandparents didn’t live to see me become an adult or the sort of life I’m building, or the ones who get to share these things with me. But I think they’d be happy, too. 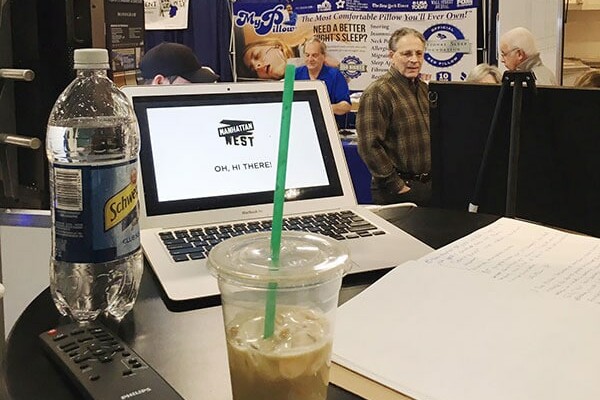 I Did a Thing! Talking about DIY at the New England Home Show. 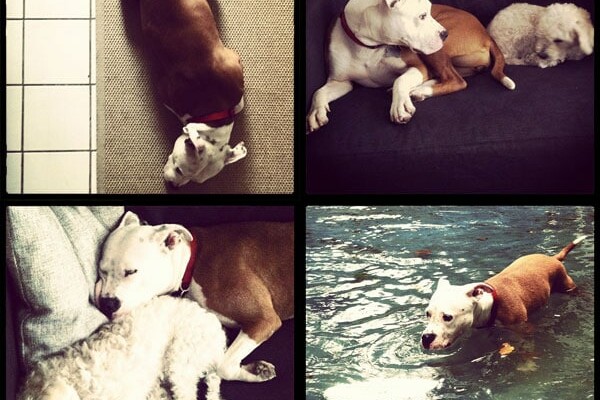 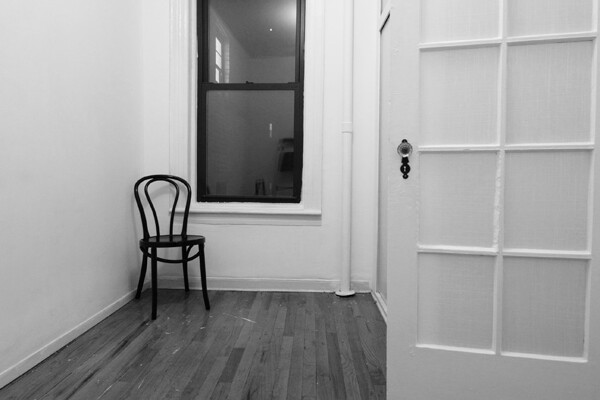