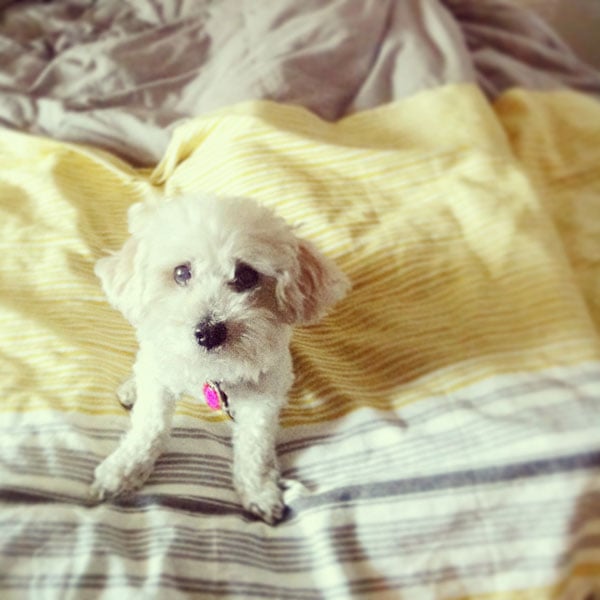 Of the many strengths of the human mind, gauging the passage of time just isn’t one of them. Sure, we do well enough sometimes with minutes and hours, but things seem to get progressively sketchier when we scale up to weeks, then months, then years. It isn’t a coincidence that every time New Year’s rolls around, we experience a collective sense of wonder——my god, another one, already? I’ve come to think we’re just wired with this deficiency, an adaptation of sorts, because if we realized how swiftly everything truly goes by, we’d feel so hopeless.

So, I know people always preface with this kind of thing, but I can’t believe it’s been a year since we went out for a walk with one dog and, long story short, came home with two. I mean, when I really think back——about the weeks of trying to figure out where he’d live, of finding him a foster home, of eventually deciding he could just stay with us, and then of the subsequent weeks of potty training and trying to get him to eat decent food, and now the months of forgetting what it was like not to have him around——I guess I can believe it’s been a year. But it still sounds like such an awfully long time.

When we first found Linus, the vet thought he was between 9 and 11, so we went with 10. So I guess now he’s between 10 and 12? So we’ll go with 11? Happy birthday, Linus. You’re old. Or as the vet put it recently when discussing an upcoming blood test, “geriatric.”

I don’t say “old” as a derogatory term. I love old things. I love old houses, and old furniture, and I especially love old people. And as it turns out, I love old dogs, too. Linus’s past is full of mystery and intrigue, a whole universe of stories we’ll never get to the bottom of. In a way, that’s frustrating——the not knowing——but it’s also kind of romantic. While I know he’d been horribly, inhumanely neglected when he came to us, I don’t like to think that his whole life was spent that way. I prefer to believe that was just some weird pit-stop he made in the land of Bad Luck, that maybe fortunes changed and he fell on some hard times and decided to pack up his knapsack and hit the road in search of greener pastures. And when he finally found them, he was all perfectly weathered, world-weary and ready to settle down.

I think it takes a certain type of person to decide to adopt an old dog, and I won’t pretend I’m one of those people. It means knowingly missing out on stinky puppy breath (which is my favorite smell in the whole world), and silly doggy adolescence. It means never seeing a full set of teeth, or watching your energetic puppy calm down into some version of itself that’s calmer, more dignified, and wiser, somehow. And, the unpleasant truth of the matter, is that it means you just might not have your dog for very long, which is a particular point that nobody seems altogether comfortable talking or thinking about.  But I’m not really one of those sunny people who walks around ignoring stuff like that. And despite my deepest admiration and respect for people who make the choice to adopt old dogs, I can’t really imagine signing up for it. The way we saw it was that we didn’t really have a choice——he fumbled his way into our lives, and we either had to accept that graciously or risk that nobody else would decide to love him, ever. And that just wouldn’t do.

Who knows how long Linus will live——maybe he’ll be one of those wonder dogs who lives until he’s 25, or maybe he’ll be a normal dog who lives until he’s 13 or 14. Either way is OK. That’s always been one of those unspoken understandings between Mister Linus and I. I’ll take care of you as long as you stick around, little guy, and all you have to do is love me. That’s your only job. I won’t try to put you through the mental hurdles of sit or stay or learning your name. You’ll have everything you need, and you just have to hold up your end of the bargain.

Max’s mom, Sue, once commented offhandedly that all Linus really wants is a warm body to cuddle up to. In some senses, I think that’s basically true. Linus likes everybody and everything, and nearly anyone who sits still for more than a few minutes on our sofa will find a dog sprawling peacefully across their lap. But I think Linus and I have a special thing between us—a type of love that I can’t really convey to most people, or even expect other dog owners to understand. When I was little, I read Philip Pullman’s The Golden Compass because I liked the cover when I saw it at Borders. I don’t recall enjoying the book, but one of the ideas in it really appealed to me——that everybody got a little spirit animal called a dÃ¦mon, a dedicated creature metaphysically attached to them through, like, magic n’ stuff. And that’s how I feel about Linus. Mekko is my beautiful, perfect baby——my lovable problem child——but Linus? He’s my dÃ¦mon.

People often think it’s weird that we have Linus and Mekko, a high-spirited Pit Bull, in the same house. I do, too. Mekko is the dog I always wanted——beyond intelligent, sharply focused, energetic, overly friendly, and as neurotic as her dads (which is to say, extraordinarily neurotic). Mekko is the sort of dog who could probably learn all sorts of exceptional things if we put her up to them, like sign language and math and how to rescue babies from burning buildings. She’s the type who wants to get where she’s going, who’s always looking ahead for the next challenge or exciting thing. People say dogs live in the present and don’t think consciously about the past or future, but I don’t think that’s really true. Mekko probably doesn’t think about what her life will look like when she’s 30, but I know she’s always thinking about somewhere just a little ahead of the present, just beyond it enough that we don’t know what it looks like yet.

But Linus lives thoroughly in the moment. He moves quickly when he feels excited, but most of the time he moves at a pace not much faster than a crawl. Fresh flowers, discarded food scraps on the sidewalk, the fragrant aroma of someone else’s pee——these are all things Linus feels obligated to stop and appreciate fully, with every ounce of his attention. He greets each discovery anew, as if it’s the most fascinating and enticing thing he’s ever encountered. Absent any schedule to keep or goals to fulfill, Linus is left only with what’s in front of him, here and now. He’s the one that literally makes us slow down, take long pauses, and remember that maybe everything doesn’t have to happen so fast. Maybe time will just wait for us a little longer than we thought it could. Maybe we have all the time we need. 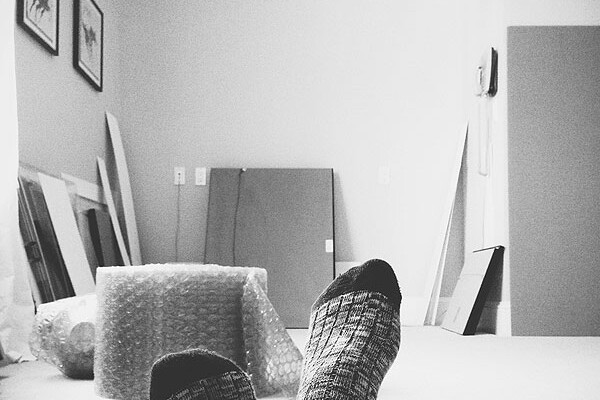 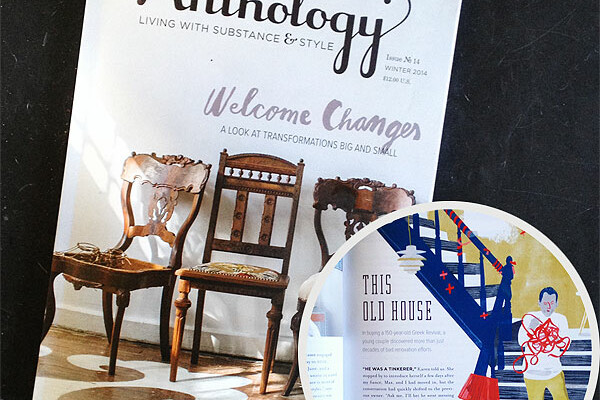 I Wrote a Thing! 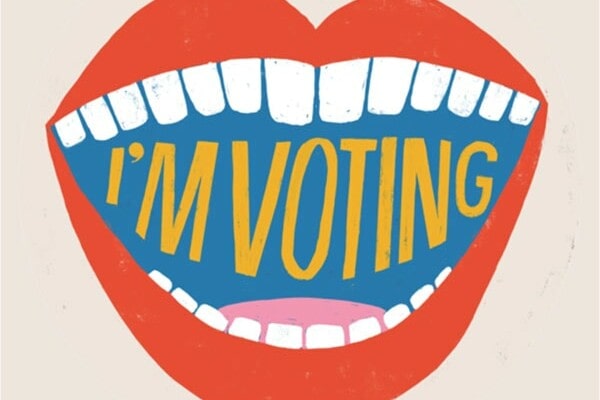