Three years ago, I bought a big antique dresser that I put in the bedroom. Then I blogged about it. This one: 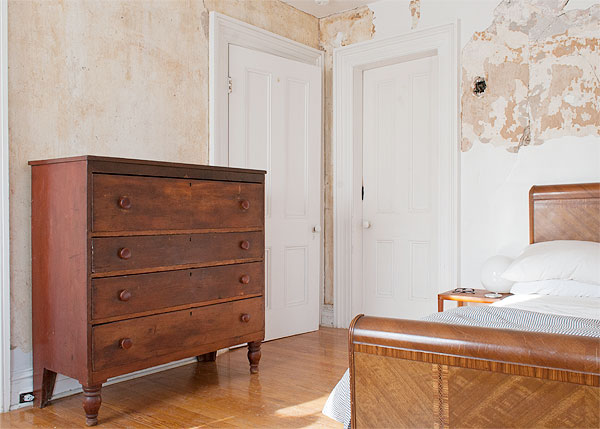 I love this dresser! It’s probably from the mid-1800s, which is sort of fun because so is my house! I obviously don’t want a time capsule house, but it’s always fun to pepper pieces around that could have been there originally, I think. It’s something I’d like to do more of as I’m able to find and afford this stuff. I think this dresser is actually intended more for linens, so I can see eventually moving it out of the bedroom and putting it somewhere else in the house, too. Ya know. Versatile unique cool piece that I expect to have for a long ass time. 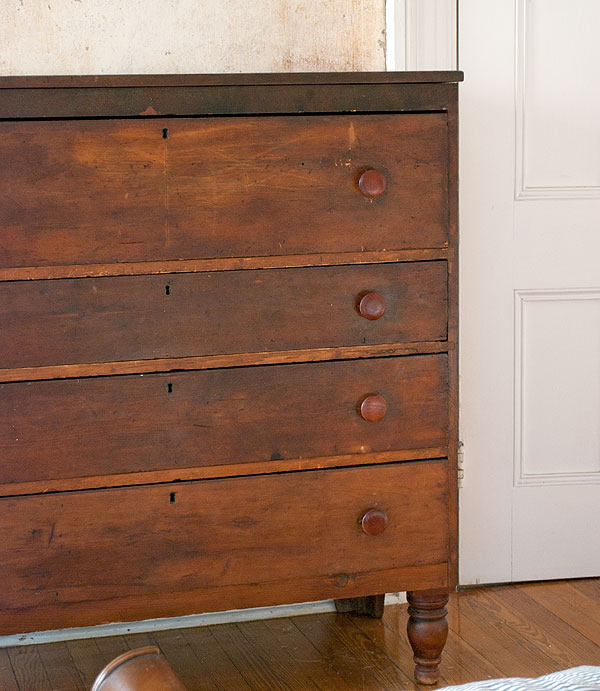 One thing that’s never been quite right about the dresser (and probably the reason I was able to snag it for $300 in the first place) is the knobs. They’re reproductions, definitely not original or at all old. Whoever installed them did a pretty good job matching the stain, but not amazing, so I’ve always planned to do something about it. Then one broke in half in my hand one day, and another one fell off, so I put on a random knob I had laying around “temporarily,” a solution that lasted a mere two years. Every now and then I’d feel a burst of inspiration to try to find a new set of 8 knobs only to give up and forget it. It was a fun thing to get momentarily fixated on every couple of months.

The problem was that I didn’t feel confident that a new set of wood knobs would be any kind of improvement, but the real complicating factor was the size! The replacement wood knobs were the right size at 2″ in diameter, but typical knobs are between maybe 3/4″ and 1.5″ on the large end and that would look too dinky.

Then a few weeks ago, somebody kindly alerted me in the comments to a lot of 8 Sandwich Glass knobs on eBay that would look good on my dresser! So I dashed to eBay! I found nothing!

Like I said, major struggle. But thank you for trying, kind stranger. This is the kind of help and support that I need.

ANYWAY. I don’t know what the original knobs on this dresser were, but it’s possible they were glass. Brief history corner, here we go! The Sandwich Glass Company operated out of Massachusetts from 1826-1888 and notably made pressed glass knobs among other things. So glass knobs became a big thing, and by the middle of the century were pretty ubiquitous. Fun facts.

Now, glass knobs are very beautiful and there are some AMAZING antique ones out there. But finding a set of 8 is tough, and when they do come up, they are not cheap. In addition, you may be aware that I’m renovating a 150 year old house, so my motivation and available funds to address this very small aspect of my life is low. Like lower on the priority list than changing the dead lightbulb on my garage, but easier because I don’t have to go outside. Point is, I wanted to order a nice thing from the Internet, have it delivered to my home, install, admire, and move on with my mess of a life.

Then I found reproduction Sandwich glass knobs at House of Antique Hardware for $8.29 a pop. They come in 6 colors! They’re 1.75″ across instead of 2″, so I made the courageous decision to let it go and just buy them. Enough hassle. End the madness.

House of Antique Hardware is a GREAT resource, by the way. I’ve ordered a number of things from them over the years and the quality has always been excellent, prices are fair, and there’s a big selection of products. I love them. 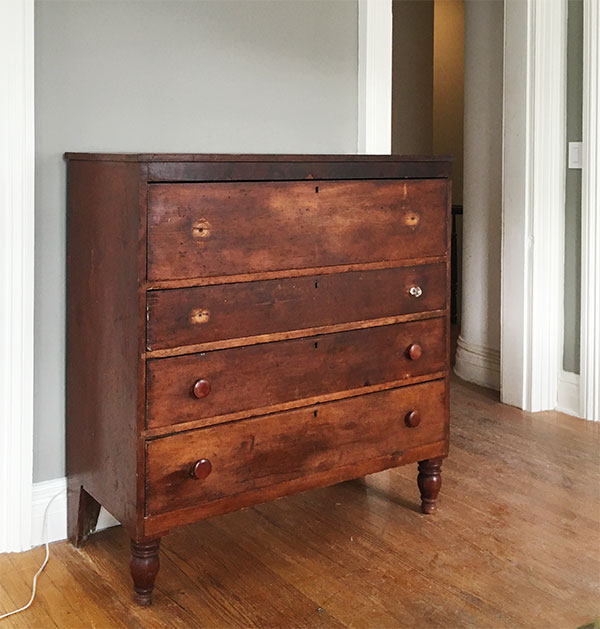 In anticipation of my new knobs arriving in the mail, I figured it was a good time to give the dresser a little bit of attention. It’s a little beat up generally and the last few years have not been especially kind to any of my possessions. 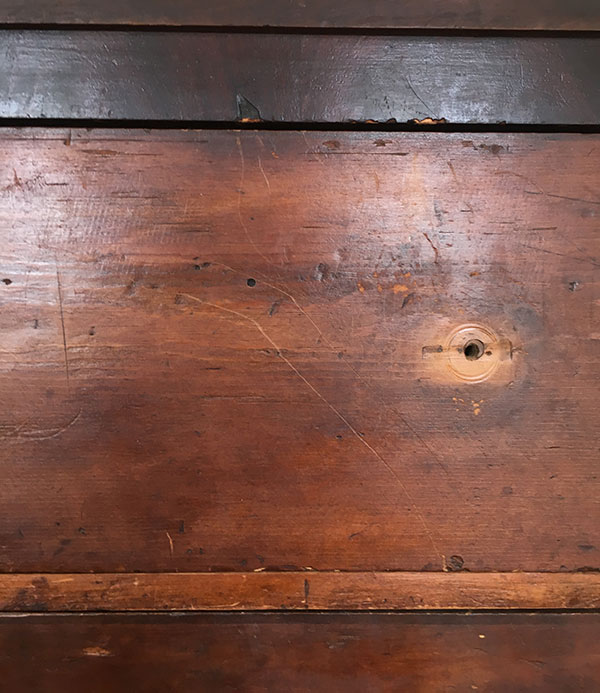 Little dings and scratches and discoloration, ya know. These things happen. I think those scratches look suspiciously like Mekko nails. Dogs are so great but they also fuck up your stuff. 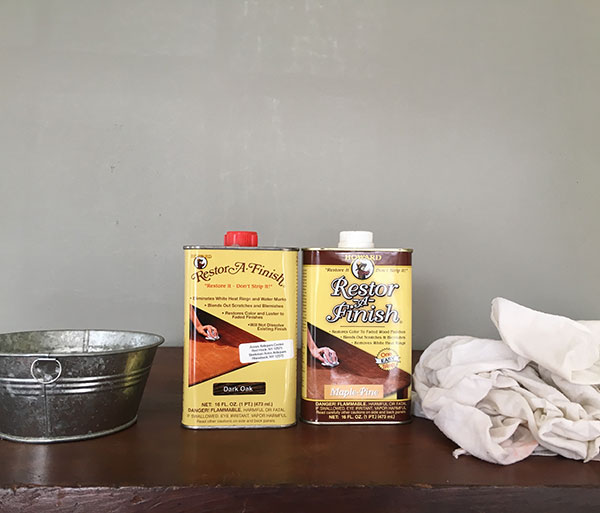 I love Restor-A-Finish. What’s not to love? It’s so easy and quick and great for blending in small damage (like what’s all over this piece) without losing the existing patina. The last thing I want is for this to look new or newly refinished. I had a couple different cans in the basement that I mixed together and buffed in with part of an old t-shirt. Easy peesy. 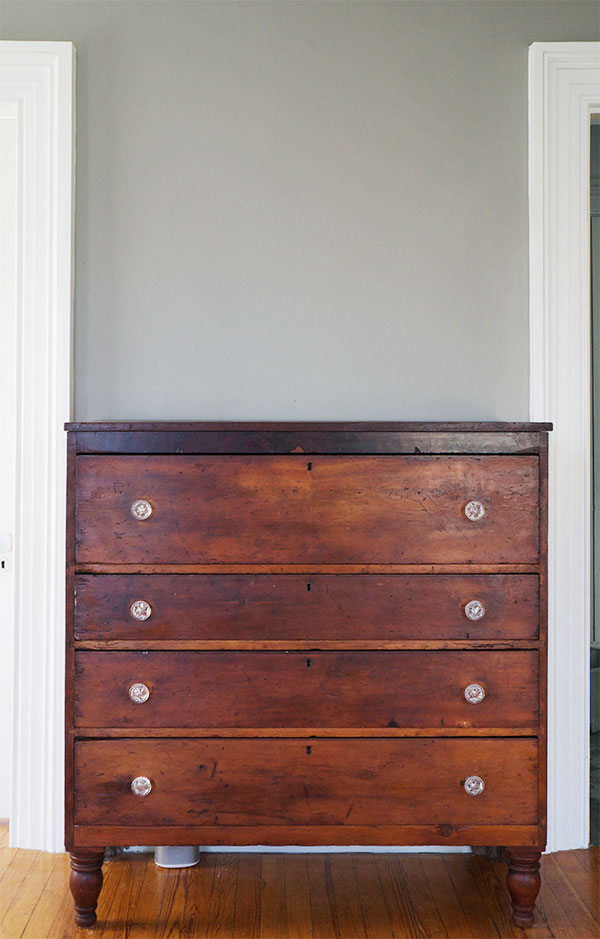 Then I put my new knobs on, and done! I think it looks cute. I am satisfied.

By the way, can we also appreciate that the walls are not crumbling plaster and the moldings are freshly painted and it looks like a real room that someone lives in? I love the wall color with the tones of wood in this piece. It’s working for me! I don’t know what to do up top in terms of art and stuff. I think the fact that I secretly had a 47″ TV on top of it before I renovated the bedroom did not prepare me well for imagining this wall ever being pretty. Now that the room is nice I can’t bear to put the TV back, so I have to try to remember how to be stylish?

(You have to be in some strange positions to ever see that little Sonos speaker tucked underneath the dresser when you’re actually in the room, but I know it looks silly in this photo. Forgive me! I do love my Sonos system, though.) 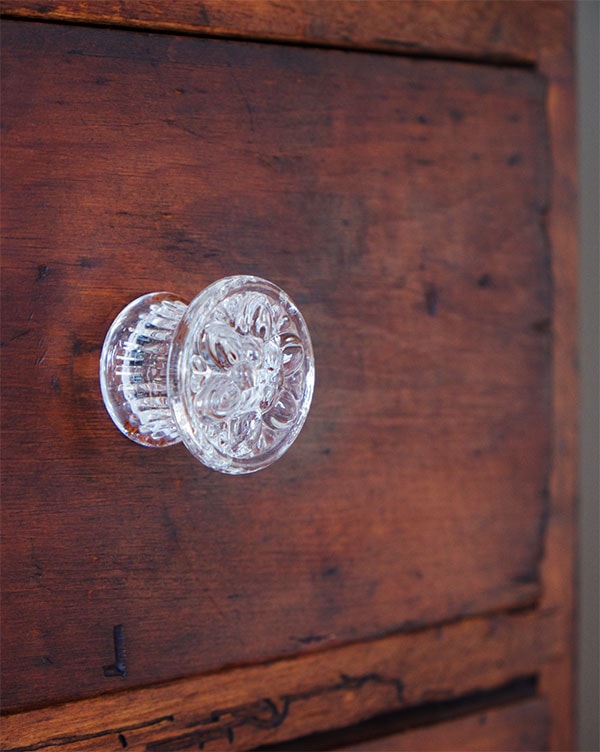 Of COURSE when I was writing this post I found these Paxton Hardware folks that are selling repro Sandwich Glass knobs in a different pattern in the 2″ diameter I was searching for all along. They’re over $20 a piece though, so I’m kind of glad didn’t know about this earlier. I have put all the shits into this that I can muster for now and I am not doing a thing about it. 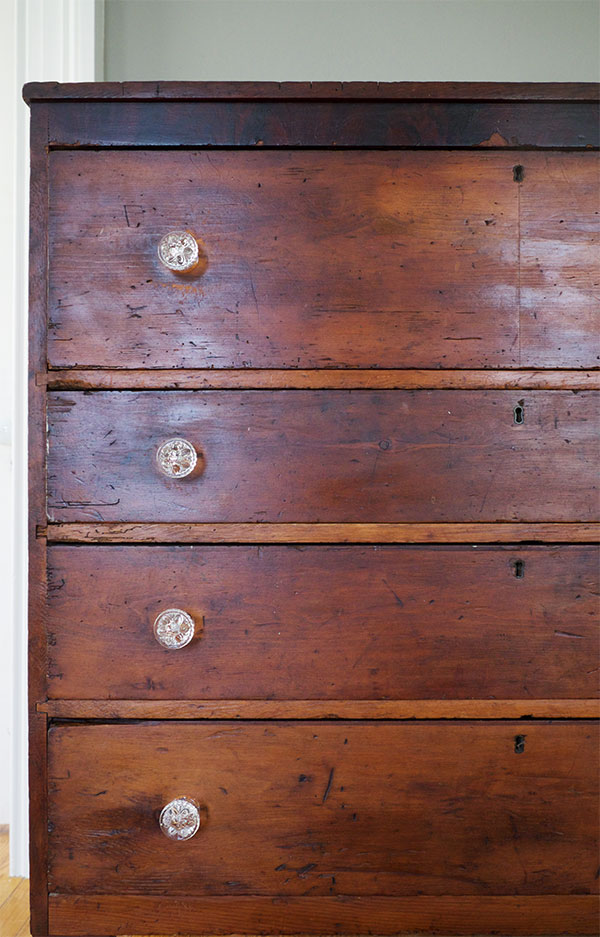 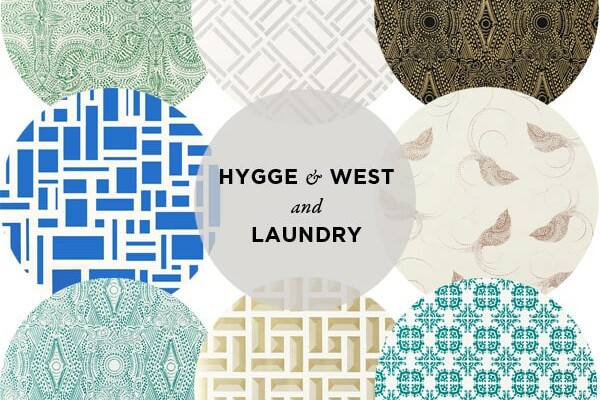 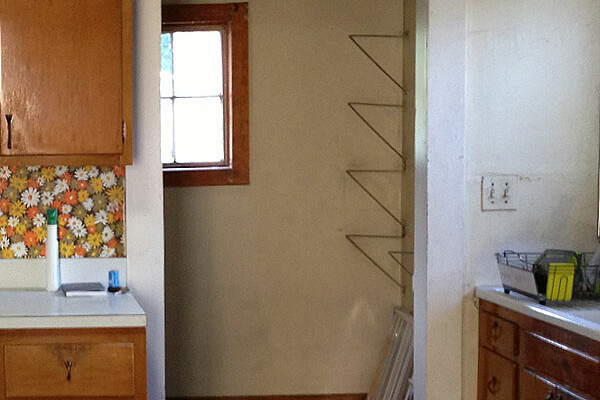 The Laundry Room is Done! 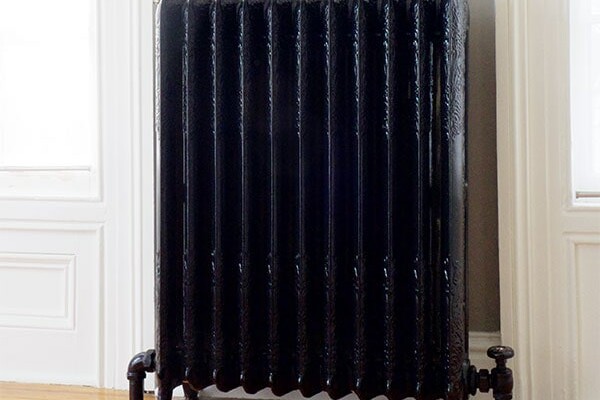