This past weekend I went down to D.C. to visit my parents for Passover. Passover is what Jews were up to while y’all looked for colorful eggs left by a grown adult in a rabbit’s costume to celebrate that time 2,000 years ago when God’s human son was brutally murdered and then reemerged zombie-style a few days later, or something along those lines. I’m fuzzy on the details. Human beings are so bonkers.

SPEAKING OF BONKERS (swerving back into my lane now, forgive me the religion lesson), I drove out to Fredericksburg, Virginia to watch my older, fitter brother play in an Ultimate Frisbee tournament, which was awesome? My tolerance for sports is probably best described as sub-zero, but Ultimate Frisbee somehow makes a lot of sense to me. If I had any athletic ability whatsoever, I’d totally want to join the ranks. Most of the players rock this elusive combo of having the chiseled body of an athlete but the goofy attitude of a stoner hippie, and I feel like you just don’t find that in baseball. Five stars.

On the way home, I stopped at an antique store. Why? Because I passed it on the road. NEED I ANY MORE JUSTIFICATION? GOOD. DIDN’T THINK SO. 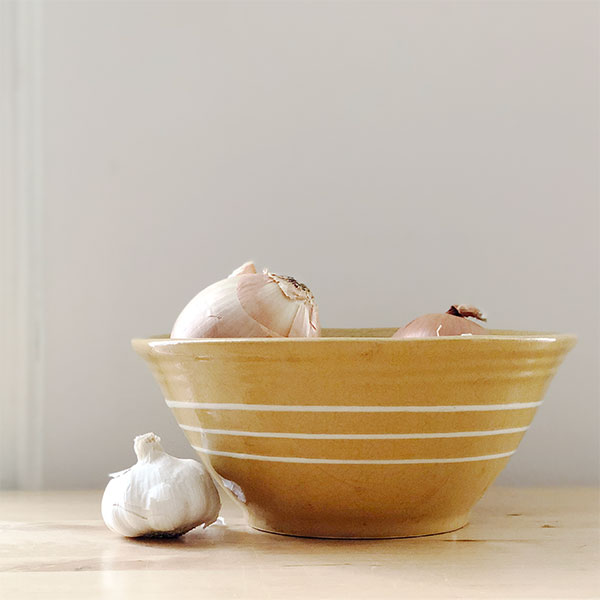 I have a bowl problem. I know I have a bowl problem. Once I was with someone who wanted to put a moratorium on bowl purchases, and it might be telling that I’m no longer with that person but still have an impressive surplus of bowls. I JUST LOVE BOWLS. LOVING ME MEANS LOVING ALL OF MY BOWLS.

For several years now I have been accumulating antique yellowware bowls. I do not have a reason other than that I think they’re beautiful! Someday, hopefully in the not-too-distant future, I’ll have an actual place to display this collection. For now I just hoard them. It’s totally healthy and fine.

As I’ve matured into the stable adult with good judgment you see before you today, I’ve learned that collections of all kinds can get totally out of hand unless you impose some real boundaries and criteria. One of the easiest rules for me to follow is simply to not hunt for it—I don’t search specifically for it and never look online. Either I come across it while out and about or I don’t. I try to keep it fairly limited to white or blue striping (very often you see brown stripes which I’m not as into), and it has to be legit old, not vintage reproduction. I also impose a price limit of $30, because pricing is ALL over the map. I think yellowware got really popular in the 90s and early 2000s, maybe due to Queen Martha’s famous affinity for it. Now it seems to have fallen sufficiently out of fashion, so consequently sometimes it’s priced as though the trend never died and sometimes it’s super cheap.

With vintage/antique ceramics, you want to be smart because the glazes can contain lead, so you probably don’t want to…I don’t know, serve soup in something like this. Honestly you should just give it to me. I’ll take that hazard right off your hands. It’s safer for everyone that way. 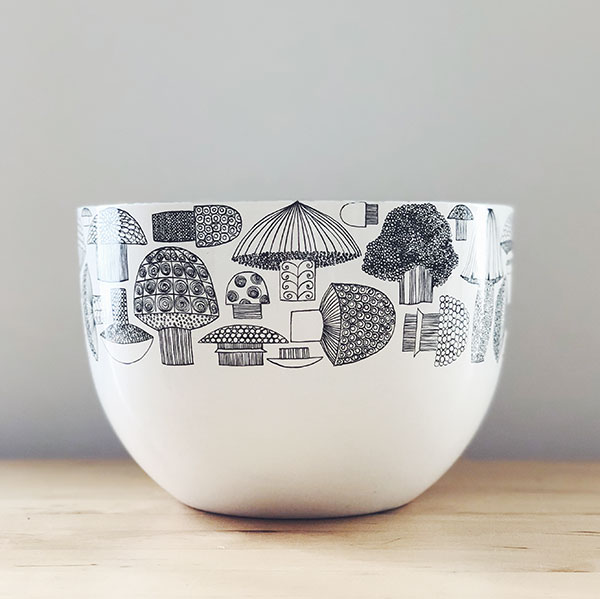 OH WHOOPS I BOUGHT ANOTHER BOWL DARN IT! Bowls, bowls, all day long—bowls! But this is a special bowl!!!

THIS bowl is enameled steel, and it’s Finnish, and it’s from the 1960s, and it has mushrooms all over it! I’ve long adored this particular pattern, which was designed by Esteri Tomula. The bowl itself (and the whole coordinating line of dishware that might have joined it at one time) was designed by Kaj Franck and produced by Finel. They’re highly collectable and I can’t remember ever seeing one just hanging out in the wild! It was $40, which YES is a tad steep for a bowl I do not need but merely want desperately, but a quick online search confirmed that these typically go for 2-3 times that, so it’s a Good Investment. For what, I do not know. That’s not important. 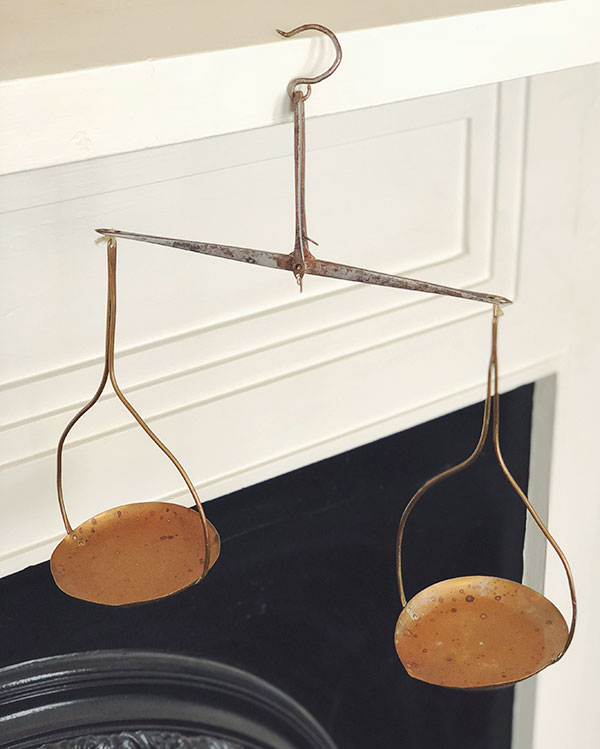 You know what else is not important? That these little scales ever serve a function in my life, other than looking cool. I bet they did at one time for somebody. Now they’re just so cute and dangly and patina’d and look very homemade and for $10…I mean…

Also, there’s a good enough chance that they’ll look s’cute in my kitchen or pantry that I just did it. 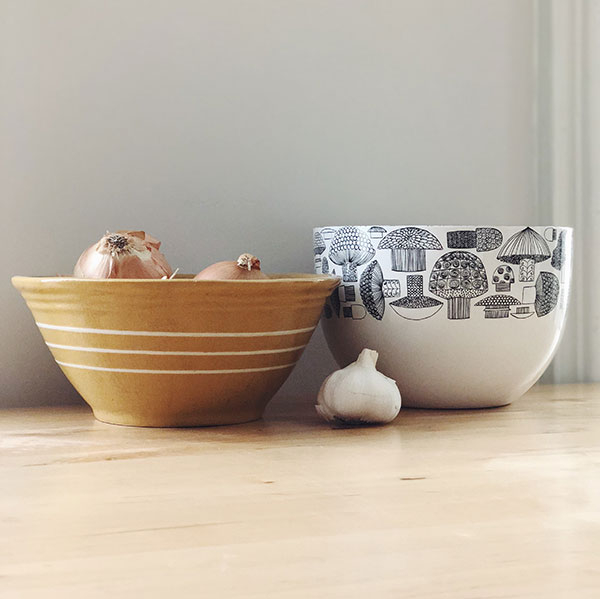 Also I lack a lot of self-control. 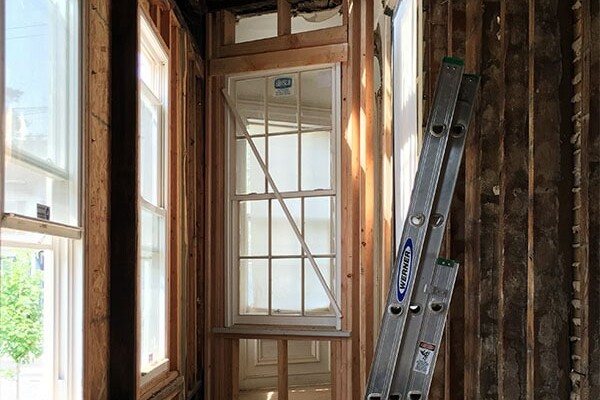 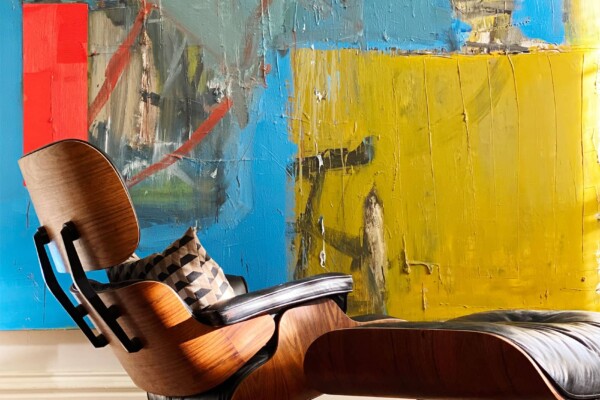 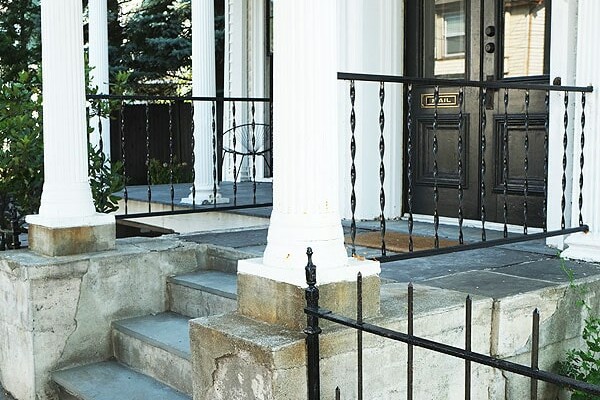