Portland Day 12: My Baby’s Growing Up

On the morning of Day 12, Chandler did something shocking. She went to IKEA to pick up a NORBO table for the kitchen. Alone. This is the same girl for whom, 11 days before, I considered purchasing and then slipping a crushed-up Xanax into her coffee before we embarked on our first IKEA run. Needless to say, I was beaming with pride.

While she was out running errands, I was painting trim. Still. It took one coat of primer and about six coats of white paint (I blame the off-the-shelf Glidden brand. Benjamin Moore would have never done me like this), but I finally reached the end of the road with Operation: White Trim. It was quite a battle.

One of the problems with this apartment is that it was really, really dark. Even though the living room window is massive, not a lot of natural light gets in because of the architecture of the building, surrounding trees, and Portland’s generally grey, indecisive weather. Since painting all the walls would have involved a lot more money and a lot more time than Chandler was really looking to put in, we decided to coat all the trim in white semi-gloss paint. It’s amazing just how much painting trim totally brightened up the apartment, even though we didn’t even paint the doors too. 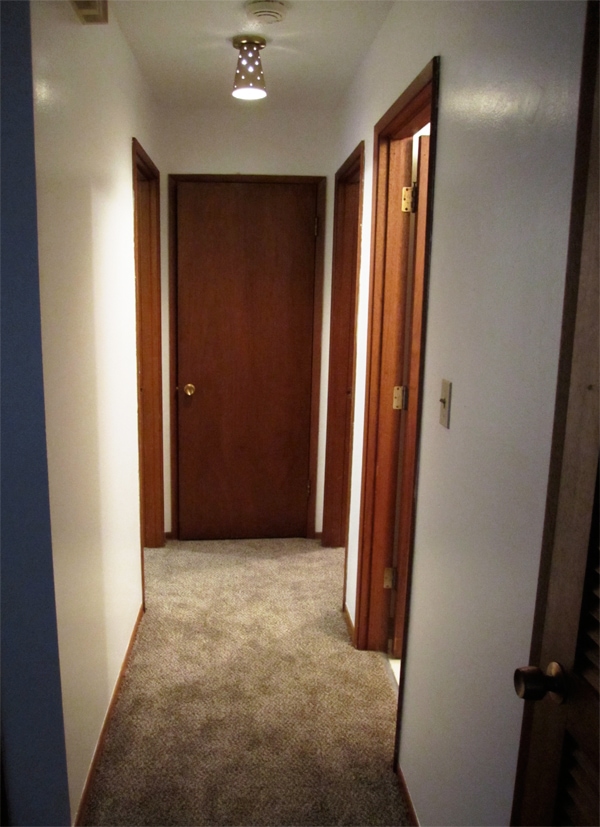 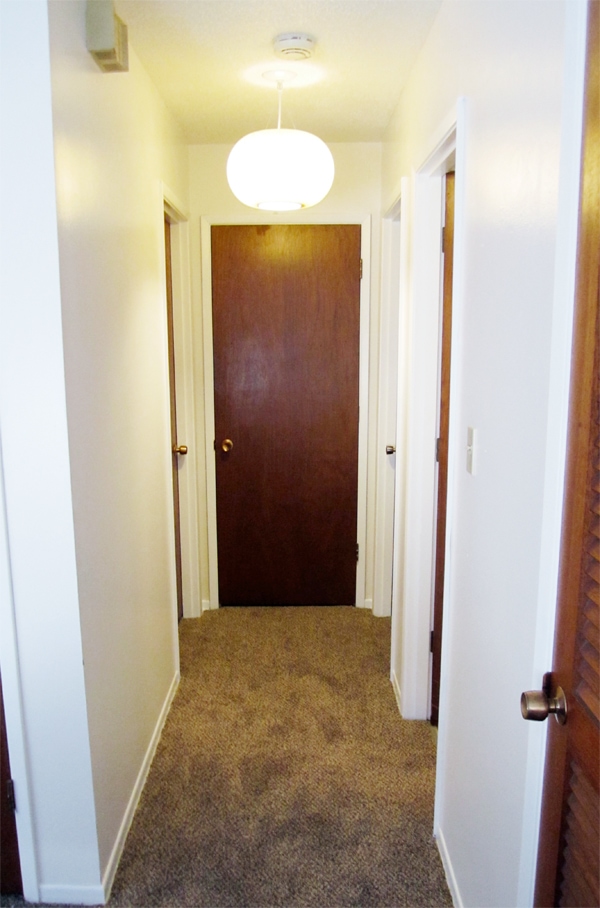 A new, much brighter light fixture obviously helps, too, but things were already vastly improved even with the old light. I can’t even describe what a difference it is. 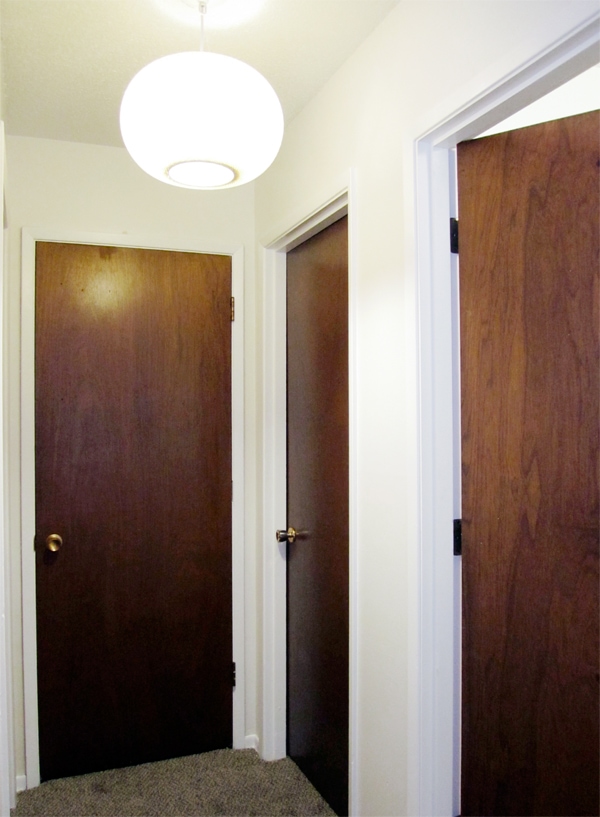 Another thing the white trim did, which was kind of unexpected, was it actually made the walls look better. Whereas before they seemed like a dingy white (since there wasn’t a true white-white to compare it to), the white trim made them look kind of creamy and warm. Crisp white paint does wonders, people.

And the light is super cool. I know yesterday’s picture wasn’t great (I was mostly trying to set the scene of that insane thrift store), but it has a really nice texture, and looked really great once Chandler’s friend cleaned it up a bit and hung it. The shade is held up by invisible thread. Nifty. 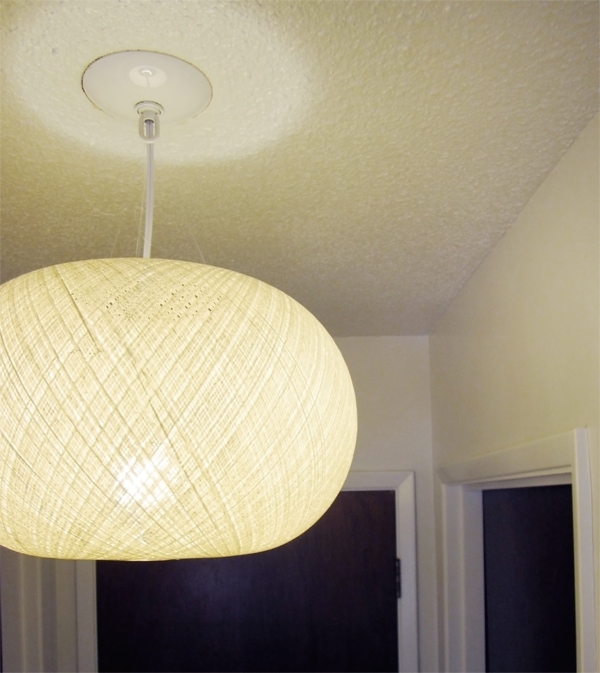 Between coats of paint on the hallway, I was spray painting outside because I multi-task like that. And I’m awesome. 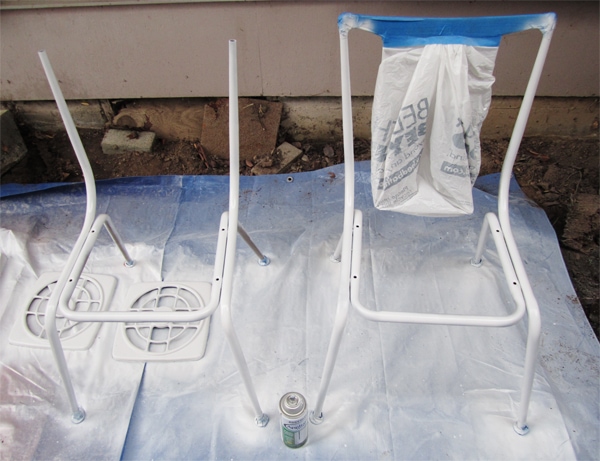 The chair frames are white! The exhaust fan covers for the fans in the kitchen and the bathroom are white! Oh joyous day.