There’s a new desk chair in town and it looks like this: 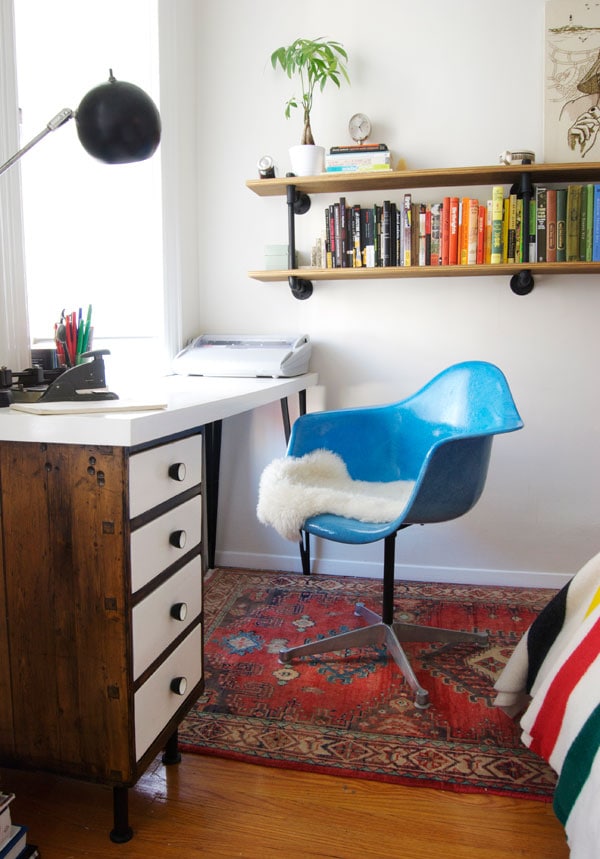 Those of you with impeccable memories might recall the psychotic episode I experienced while I was in Portland back in January. The one in which I escaped my bondage, found myself a nasty thrift store, and purchased two grimy Eames shell chairs for about $25 a pop. This all seemed like a good idea at the time. 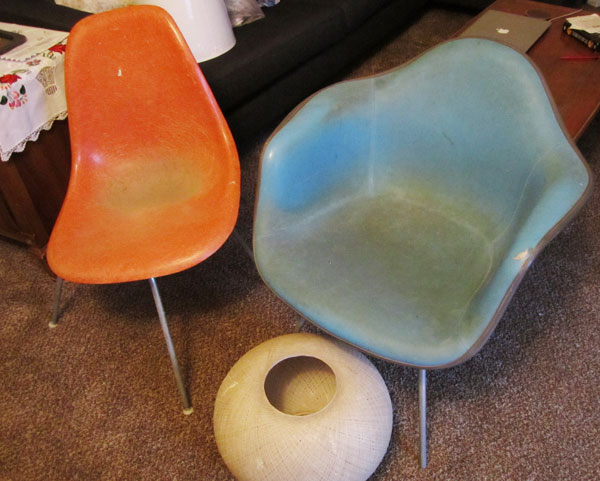 The restoration of that blue chair was enough to wipe that smug, disgusting smile off my face. Actually, the $100 it took to ship the things to New York had already taken the thrill away from my good deal, but the restoration—well, it nearly killed me. Those chairs could probably survive nuclear war, but my sanity is a much more fragile flower.

The fact is that these chairs had been sitting out in drizzly Portland weather for who knows how long and it showed. The blue chair’s naugahyde upholstery was torn, completely discolored (I tried cleaning it with several different products, but those stains were permanent), and separating from the frame in spots. If I were classy and had the money, I would have sent it off to get the proper reupholstery treatment (I’ve heard this place is great), but I’m cheap and a glutton for torture. Also, I live for the type of controversy I can only dream this post might spur. 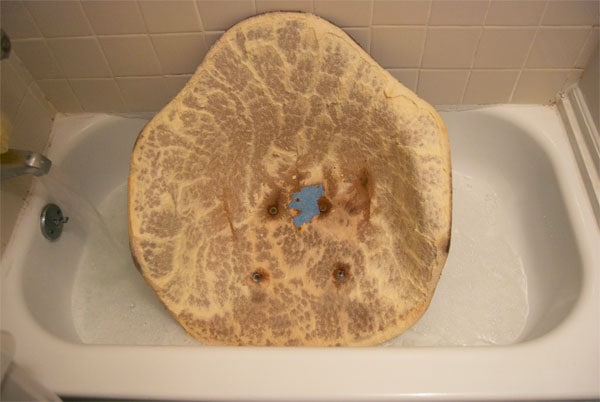 So I tore that cover right off. Underneath was a layer of moldy foam—mostly removed in the photo above—and the entire fiberglass shell was covered in a layer of adhesive. Where water had been able to seep in under the upholstery around the bolts, that adhesive came up fairly easily, but it held on everywhere else with a determined iron grip. 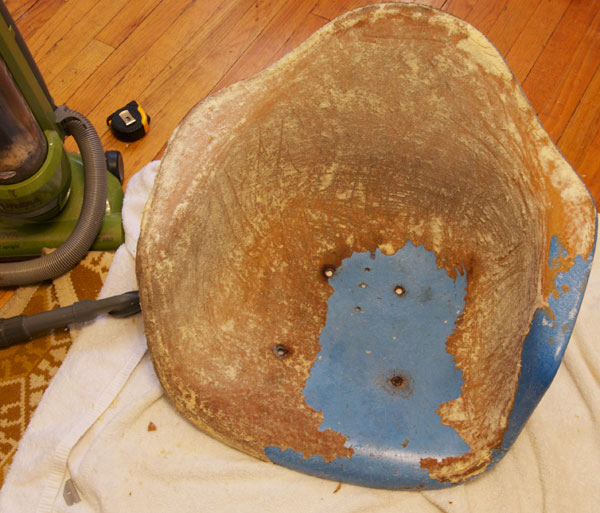 I’m not really sure giving the chair a scalding, soapy bath did anything, but it made me feel a little better about handling it. After scraping off the remainder of the foam with the blunt edge of a razor blade, I was left with a lot of adhesive to detach. Like, a whole lot.

I’m sure there’s a clever chemist hiding in a laboratory in some corner of the world who’s discovered an adhesive remover powerful enough to make this easy, and I’d like to point out that he’s a bastard for keeping his secrets from me. The best thing I could find was Goo Gone, so essentially my process involved soaking sections with it, waiting about ten minutes, then going at it with a razor blade.

Yes, a fucking razor blade. I can happily report that all ten of my fingers survived the ordeal, but one of my imaginary friends was stabbed in a fit of frustration. Rest in peace, Urma. 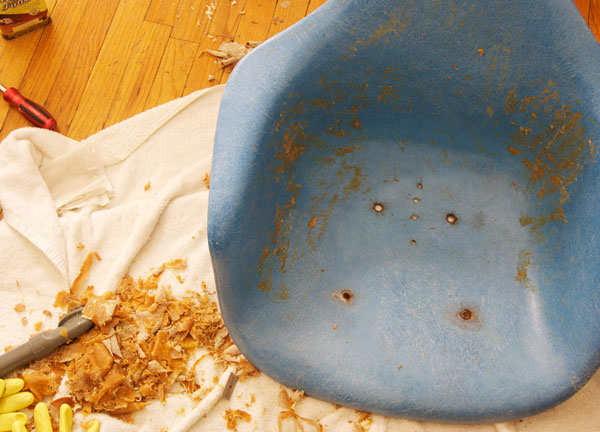 Now, I’d really only recommend taking on this kind of thing if you can give yourself some time. Spread it out over a number of days. Months, even, as I did. Years if you have them. Better yet, don’t do it at all.

The problem with projects like this is two-fold: they take forever and they require little to no brain power. They give the mind too much liberty to roam, and in so doing lead to dangerous thinking. Imagine yourself planted on the floor, massaging your cramping hands and weighing the relative benefits of having a new desk chair against your increasingly good chances of early-onset arthritis. You reek of the spunky, citrus-esque aroma of Goo Gone. You are filthy scum—the small, tedious shavings of adhesive clinging to the bottom of your socks and buttocks. Unpresentable to the world and repulsive even to yourself, you might posit certain questions such as “what the hell is wrong with me?” or “when did I become such a monster?” or “might I need psychiatric help?” It’s a sticky spot to be in, in more ways than the obvious. 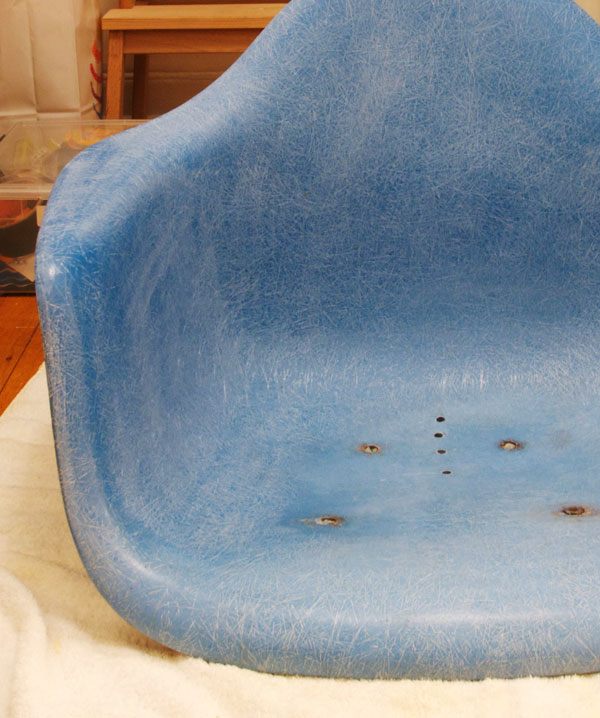 Three months into your project, after you’ve finished peeling your adhesive off the chair, look no further than Chairfag or The Brick House for all the restorative guidance you need to make your chair gleam like it just rolled out of the factory. This basically involves a good wet-sanding and a coat of Penetrol. I harvested shockmounts from the orange chair and attached them with some fast-drying epoxy made for bonding plastics and rubber and stuff. It’s super strong and frightening stuff. 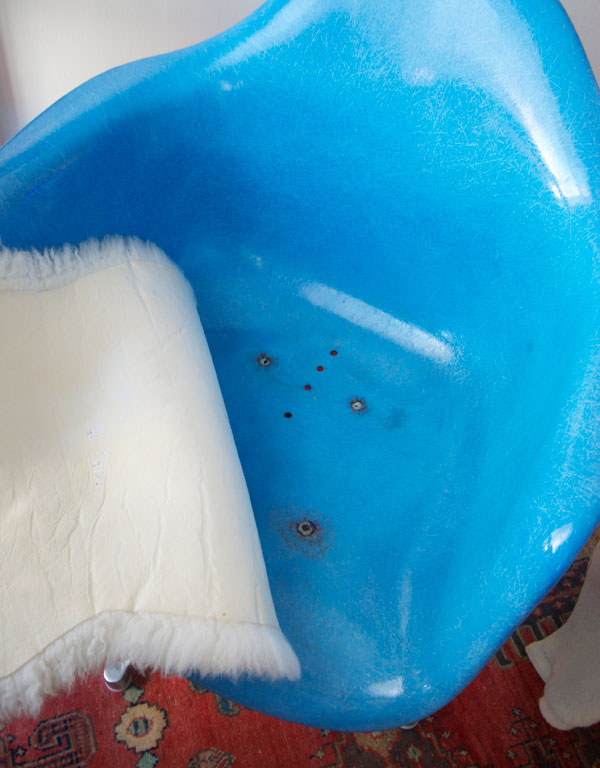 The obvious downside of all of this is that you’re left with four unattractive holes in the seat of the chair since upholstered chairs are constructed differently than plain shells. Eventually I’d like to custom-make a little foam cushion for the seat (tulip chair-style), but in the meantime what’s a hipster to do? Put a sheepskin on it. Cute on the chair, cushy on your tushy. 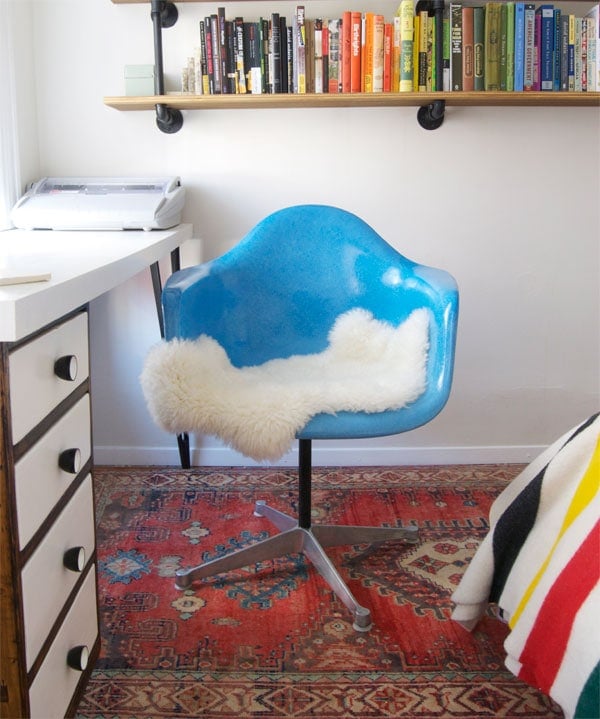 Put my old ebay-purchased swivel base on that shell and BAM. Done. NEVER AGAIN.

P.S.- It’s the most wonderful time of the year over at Apartment Therapy these days because the Small/Cool Contest is happening and my apartment is in the running! As the name implies, there are a lot of small, cool spaces to check out, so I’d encourage you to head over and vote—even if it’s not for me! But really, you should probably vote for me. My “Patched & Painted” apartment just got posted today so we have some catching up to do. 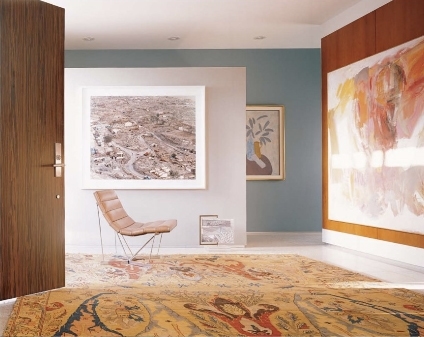 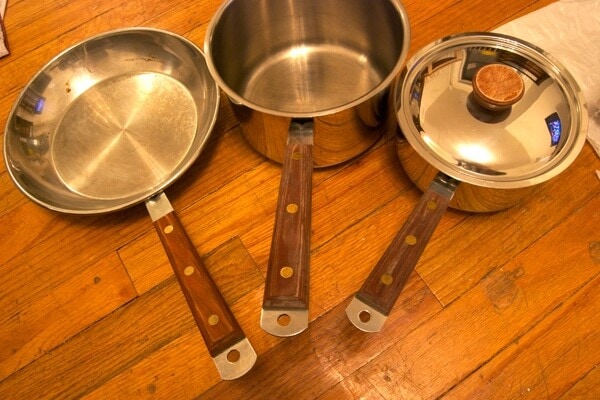 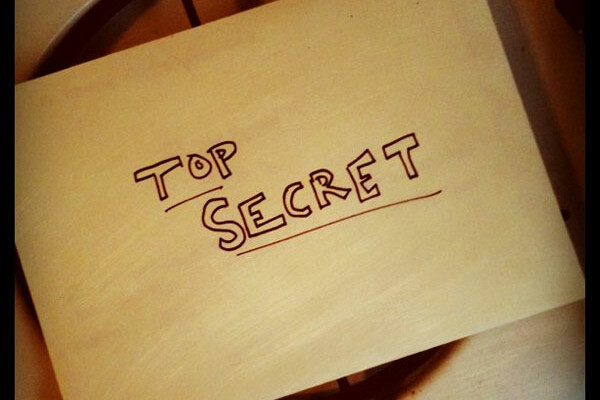