We did some rearranging recently, by which I mean that I’m an asshole.

When Max moved into this apartment, the one piece of furniture he brought with him was his desk. He didn’t have tons of furniture before we lived together, and somehow I’d accumulated a lot, and when it came down to individual pieces (chairs, mostly) and the limited space we have, my stuff pretty much just won out. Like magic! I had nothing to do with it except probably everything.

But the desk came along because we figured that it fit in with my stuff well enough and it would probably be smart if we both had desks. My desk went in the bedroom and his went in the living room. Like so, from a few months ago: 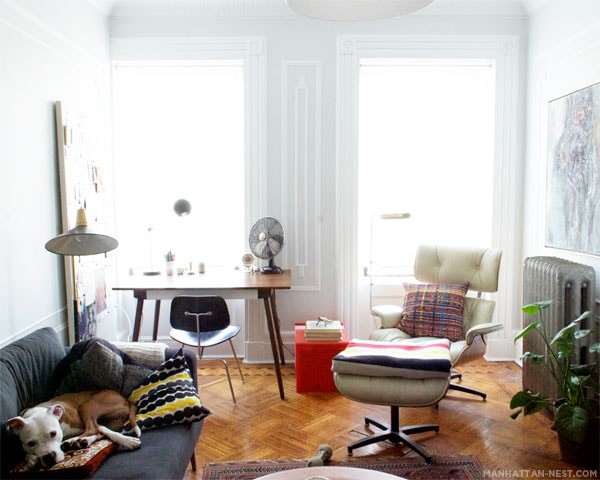 I know it’s hard to tell from this picture, but between the really deep desk and all the stuff on it, the huge fake Eames lounge chair, the side table, and all of the lamps, the living room was just feeling crowded and cramped. On top of that was the biggest bulletin board of all time that’s leaning to the left of the desk, which I made for Max because he asked really nice and paid for the materials and I felt guilty for making him bring all his other stuff home to Buffalo instead of home to his new apartment. Personally, I’m not a fan of bulletin boards or inspiration boards or whatever you want to call them (I like the term “dust collectors,” myself), but I made it anyway. And then complained about it all the time, but the point is that I let it happen because that’s just the sort of giving, loving, compromising person I am.

After living with this arrangement for a while, we got to talking about different options. Max still loved his desk (the discontinued Pratt desk from West Elm), but admittedly didn’t use it terribly often and conceded that it wasn’t really working in our space. I NEVER used my desk because the only time I’m ever really interested in sitting at a desk is when I’m working really late at night, but that’s when Max is in bed and I’m camped in the living room. Where I did not have a desk. Also my desk was always covered in crap because I never used it. So there was that.

I don’t remember the exact terms of the deal we eventually settled on, but I know it involved him taking his desk home to Buffalo (he still has it, for the “dream house”), so I agreed. Hopefully I’ve lived up to whatever I agreed upon? I am the fucking worst.

And I sold the chair on Craigslist because it was just too big and I had other plans. More on those plans in a later post. 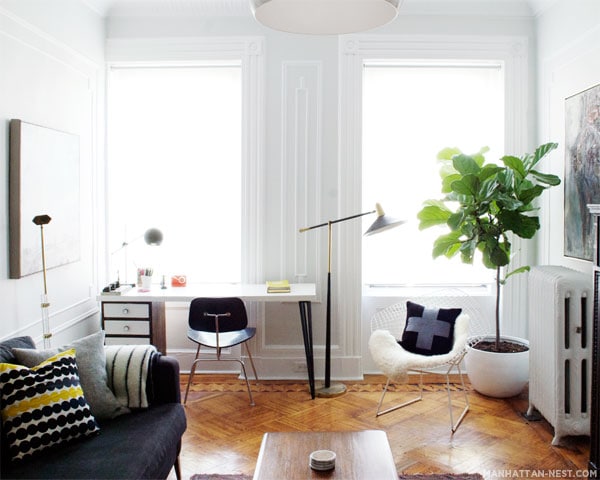 So Max’s desk moved to Buffalo, we agreed to move my desk out of the bedroom and into the living room, and big chair went to some German dude and his wife.

One day, when I got home, Max had even taken everything off the bulletin board and moved it out of the apartment, too! I swear I didn’t even ask for that one. Not directly, anyway.

For fuck’s sake, somebody just waste me already, I deserve it.

I know it’s probably still hard to tell from pictures, but this arrangement is much better. This desk is only about 16″ deep, so it definitely helps with the whole cramped feeling we had going on before. The diamond chair sitting in the other corner was not the “other plans” I had in mind, but it’s working for now. Sort of.

It’s definitely nice to have less stuff, but this still doesn’t feel right. Right now the kitchen is still a horror show, but when that’s done, I fantasize about just getting rid of desks altogether and using our kitchen table as a single multi-purpose surface. It’s a small apartment, so having redundant pieces of furniture just seems stupid? We do use this desk sometimes, but would I really miss it? Aside from the whole crafted-it-with-my-own-two-hands thing. I’m still pretty proud of that thing, I’ll be honest, but I think I’d be okay with seeing it go, too. 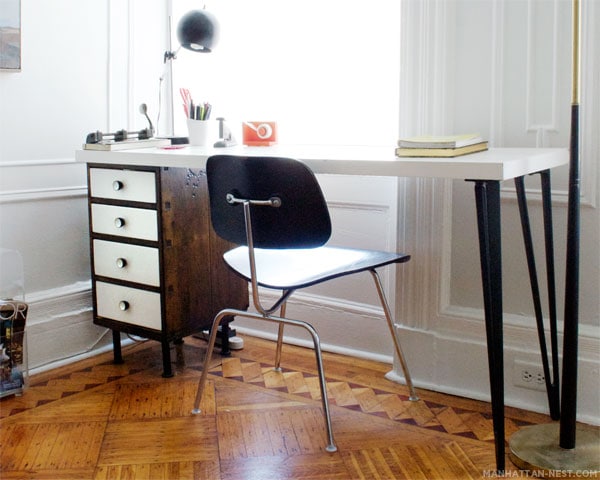 But I don’t know. What I feel like we really need is STORAGE, and this desk don’t have it. Sure, there are a few drawers, but it would be amazing to have more. Like some kind of side table next to the couch with lots of space to shove crap would be pretty swell, and probably a better use of our limited real estate than this desk.

But I have so much indecision.

The other thing is that it’s just really long. Like, it still fits in the space, obviously, but I keep feeling tempted to just cut a foot or two off the length of the top, reattach the legs, and then just have an really mini desk. But is that even worth it? Will I still like the proportions? Will it just be too small to even be useful anymore?

SHAMBLES. My living room and my brain are in shambles over this whole debacle. But there are bigger fish to fry around these parts, proverbially speaking, so I guess I’ll just ignore it for another few months and continue to stew.

So what did we learn? 1. Don’t date me, I’m horrible. 2. Avoidance and neglect is usually the answer. 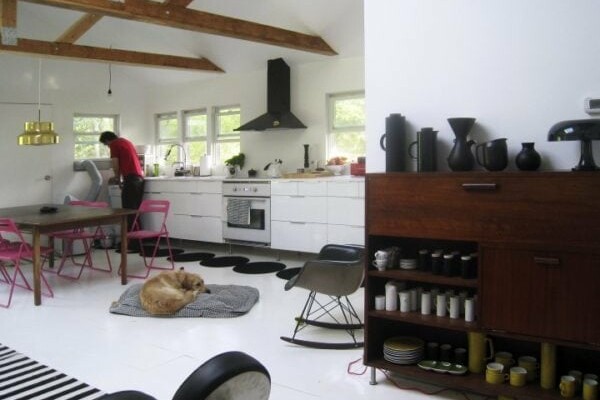 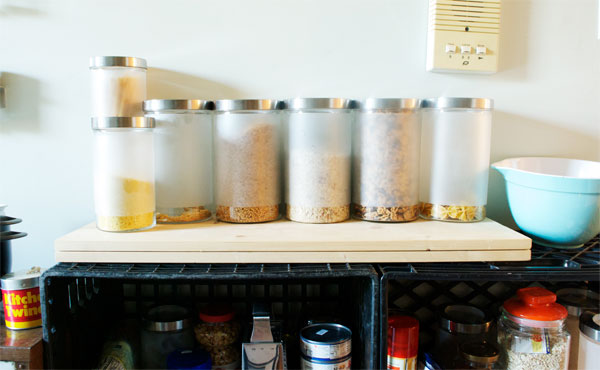 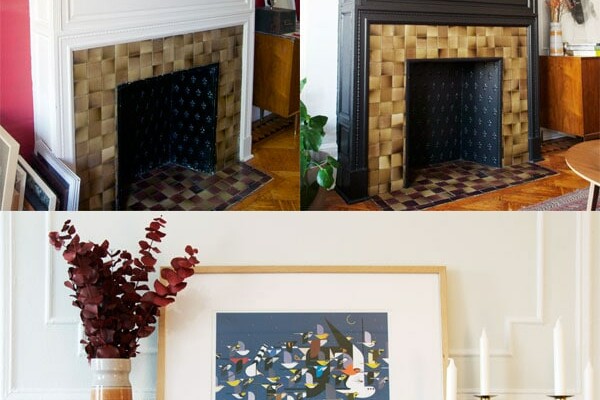