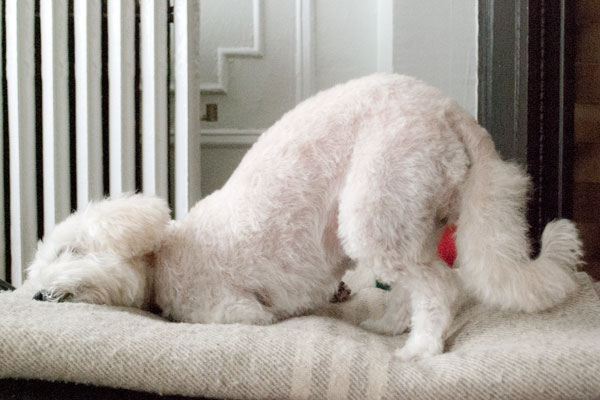 Linus is the sort of dog I generally associate with the elderly: sleepy, cuddly, a little vacant, with a hairstyle that must be maintained. I’ve only ever owned big dogs and figured I always would, yet here we are. People are always confused when they find out that Mekko the Pit Bull is the dog that we willingly, intentionally adopted, whereas Linus—the fancy white toy breed—was a stray who we just sort of took in by accident. But that’s how it happened. Even though he’s the sweetest, most gentle, good-natured little animal I’ve ever known, the fact remains: we did not ask for him. Sometimes, I’ll just find myself marveling at how very tiny he is (12 pounds!) and pondering how it is that he’s even real and not just, say, an animatronic stuffed animal with a funky-smelling face. It’s sometimes truly puzzling that this creature looks to me as his caretaker.

Roundabout 6 times a year, I get to have the best day ever because Linus goes to get groomed! I like Linus to look a little bit scrappy (it just matches his personality better), but I live for the shocking reveal when he’s unveiled at the end of his session. It’s disorienting having a dog who can transform so much in the course of an hour or two, to the point that I’m positive I wouldn’t recognize him on the street. It’s like a perpetually thrilling magic act and I look forward to it immensely. 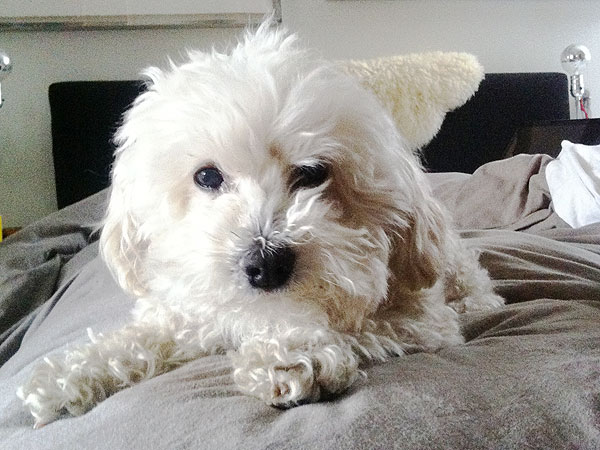 Here was Linus this morning, right before grooming. I had to take the picture on my iPhone because I was too lazy to go grab my camera. 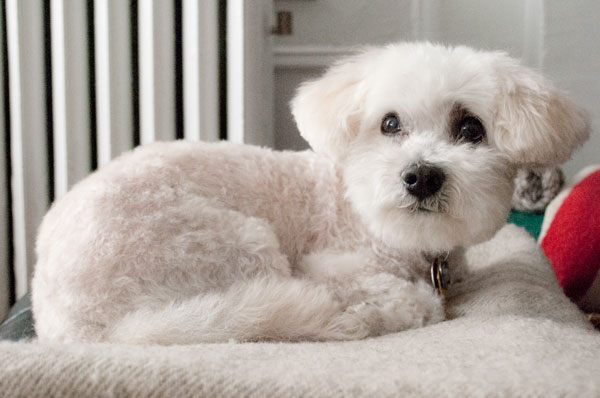 And here he is this afternoon! Hilarious, right? I could laugh and laugh for days. I asked for a shorter ‘do this time for summer, and I can tell Linus is totally digging it. He’s a very subdued dog at home, but out on the street is where he lets his true colors shine through. And trust, the strut on this dog after grooming today was that of an animal who feels free and sexy and invigorated by style.

I know it’s hard to believe, what with the perfectly-coiffed snout and the blunt-cut ears and the pipe cleaner tail, but he’ll go back to being a scrappy mess within a few days. I promise! But for now, I’ll just be admiring the magic of it all. So fresh, so fancy.

No, we have no idea what kind of dog Linus is! I think maltese-miniature poodle cross, but we’ve literally heard everything! Poodle, Maltese, Bichon, Havanese, Coton de Tulear, maybe with a little terrier, the list goes on. They all look the same to me.

Linus gets groomed by Jenny at the Petsmart on Atlantic Avenue, and we all LOVE her. She’s so great. 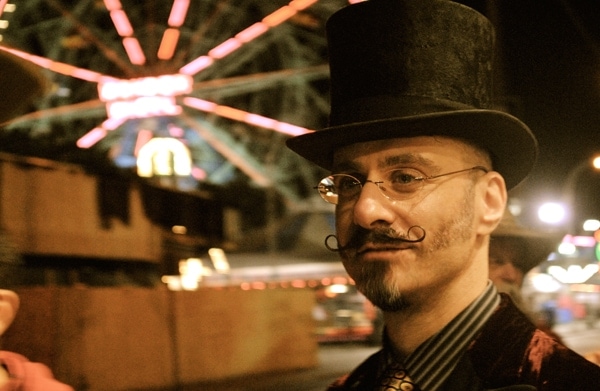 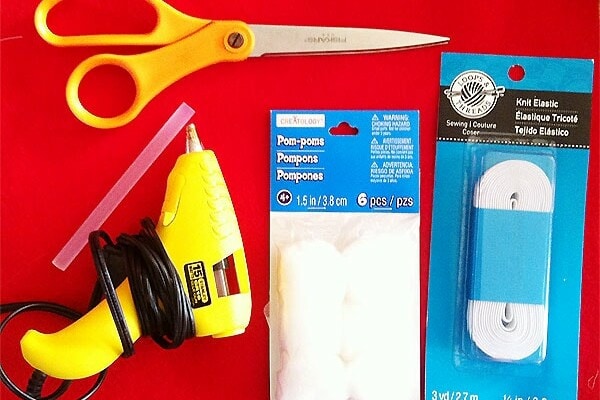