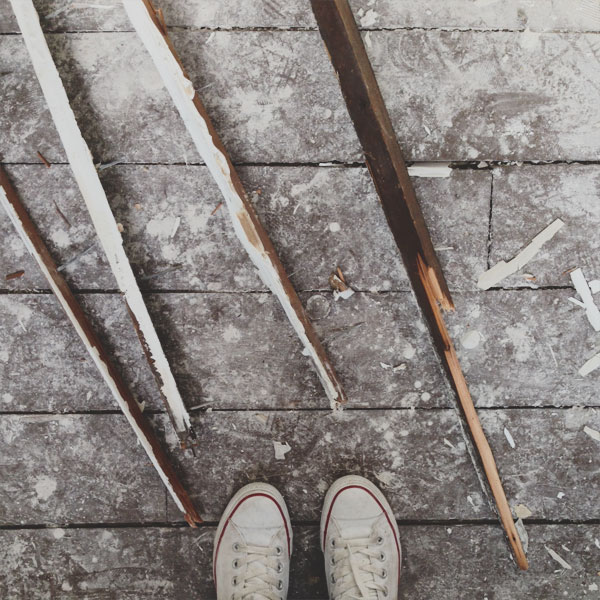 After I wrote the post last week about the extensive wall repair and skim-coating in the little upstairs office, I couldn’t stop thinking about removing the crappy little crown molding bordering the top of the room. I hesitate to really even call it crown molding because it was actually a mix of a very slightly ornamental molding and even smaller pieces of plain curved molding, depending on the wall. It’s definitely not original—it was installed whenever a previous owner put up a drywall ceiling in this room. The ceiling was installed right on top of acoustic tiles, which are nailed into furring strips over the original plaster ceiling, and instead of nicely finishing off the edges where the new ceiling met the original walls, they just covered the gap with some scrap molding they had around. It’s definitely not the way I would have done things, but the drywall is in good enough condition and there’s definitely no rational reason to rip it all down. 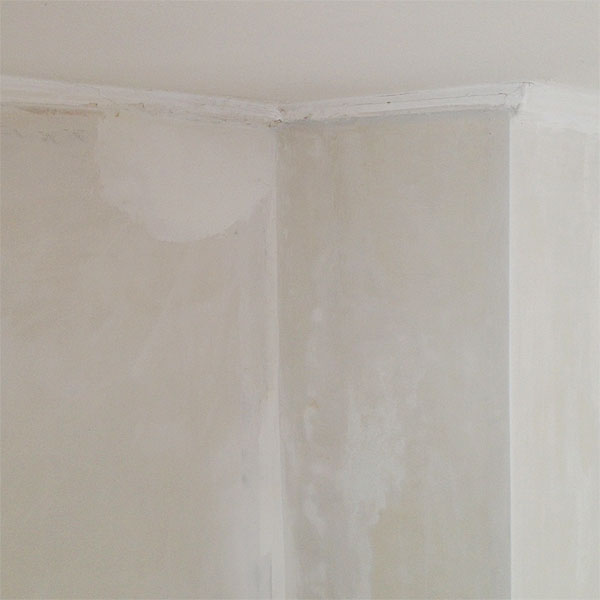 Despite that the molding was very ugly and mis-matched and dumb, for some reason I really thought I’d be OK with it once the walls were repaired and everything was caulked and painted. It was so small, after all, and this room is hardly a public space (we’re using it as an office, but it’s probably been used mostly as a closet for the past century, if I had to guess!), and I could totally just be zen about it and let it go and not care at all.

The options as I saw them were these:

1. Take down this molding, and then put up new, bigger molding that coordinates better with the original moldings around the door and window in the room.

2. Don’t even worry about taking down this molding; just slap some bigger molding on top of it and call it a day! That seems like it would work, right?

3. Take down the crown, survey the damage lurking beneath, weep, then begin the long and arduous process of repairing and taping and mudding all over again to reconstruct the upper edges of the room, like some kind of a goddamn masochist. It would take the skill of an artist and the precision of a surgeon and the patience of a nun and the heart of a lion.

While purchasing and installing new crown molding was an attractive option for the lazier side of me (not that installing crown is any kind of cakewalk, but I bet I could have banged it out in a few hours), it didn’t satisfy my innate desire to self-inflict emotional and physical pain in the service of renovating this house. Additionally, it just felt wrong for this room. We don’t have crown molding elsewhere in the house (or any evidence that there ever was any), and this room has always been a modest one by nature. It’s the only room where the original tongue and groove subfloor wasn’t covered over by nicer oak hardwood, and the door and window moldings are among the least substantial in the house. I just felt like installing a better-proportioned (and consistent) crown molding would ultimately just look totally wrong because of this, and really”¦faux? Which is kind of worse, in my mind. 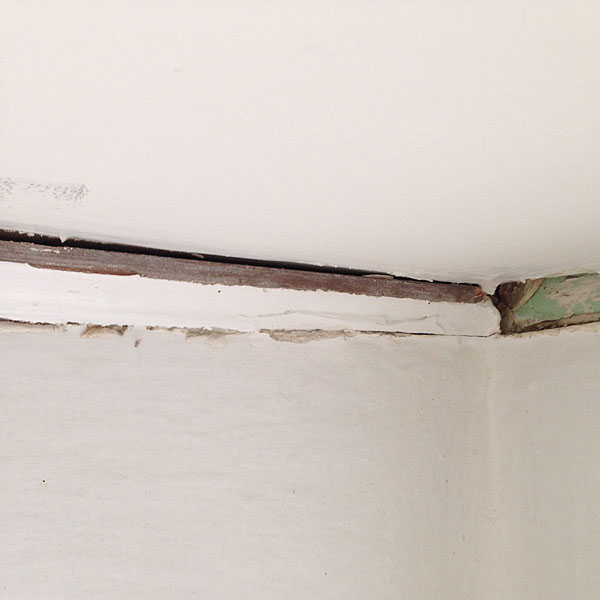 yayyyyyyyyyyyyy. I just love a project that’s one step forward, two steps back. It definitely makes me feel like I’m great at planning and thinking about stuff and doing stuff right. 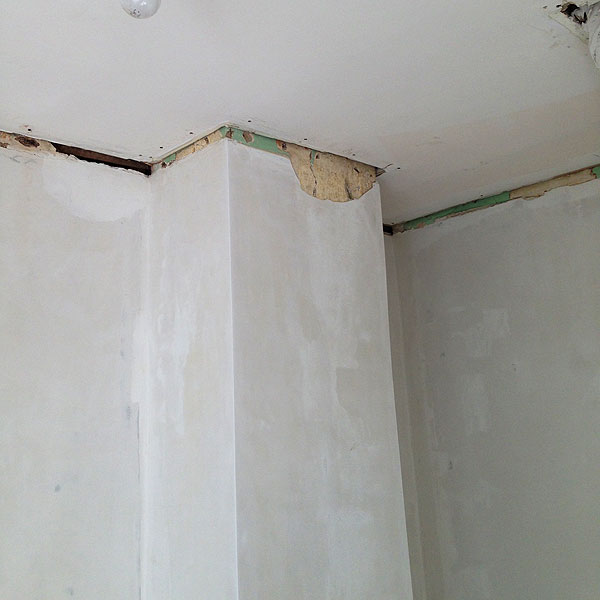 Naturally, the crown had been covering up a delicious amount of plaster damage and all-around excitement. That chunk of bare plaster you can see on the chimney is where a previous skim-coat effort (NOT MINE) chipped off in the process of removing the crown—I did end up leaving some old paint on the walls where it was particularly stubborn, and I felt like I was causing more harm than good in trying to remove it. Anyway, now I get to build that area back up with joint compound/mesh. It’s just non-stop fun!

Particularly big gaps and voids I filled first with small pieces of drywall. I noticed while removing the trim that the drywall ceiling was a little springy (it was NAILED up, not screwed, which seems very wrong to me?), so I also took the opportunity to go around the edge of the ceiling and screw in 3″ drywall screws about every 8 inches to secure it back in position. That helped. 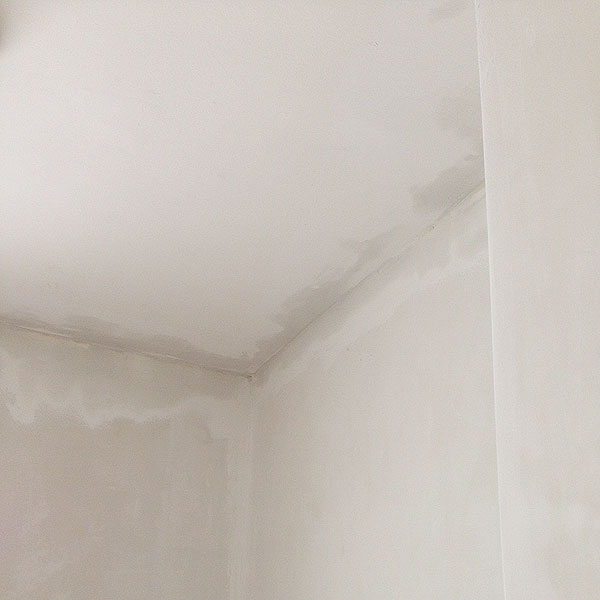 Then I taped and mudded, mudded and taped! My basic strategy was to spread a fairly thick layer of joint compound onto both sides of the edge with a 6″ knife, then lay the fiberglass mesh tape (half on the wall, half on the ceiling), then embed it and get a clean corner with a corner trowel. This first pass seems to leave a fair amount of the mesh tape still exposed, and some areas looking pretty rough, but subsequent layers and sanding in between clear that up. 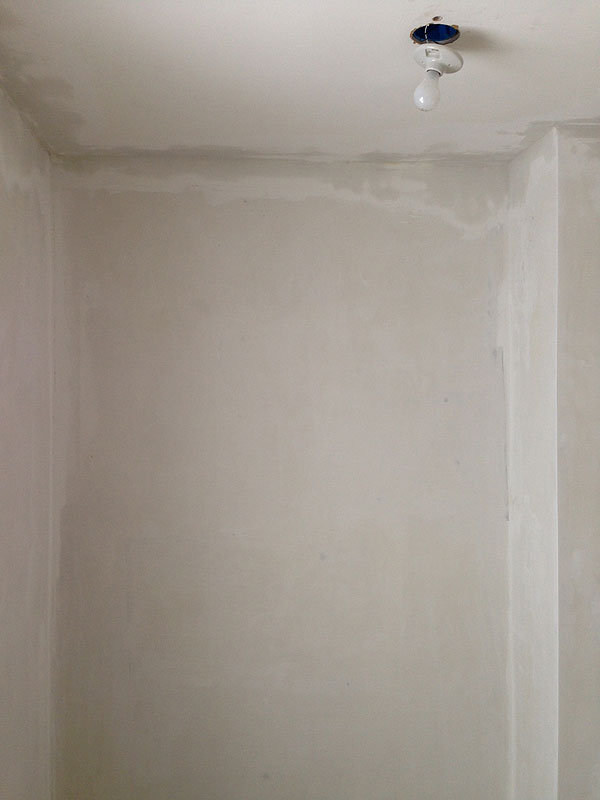 Even though I’ve only done 2 of 3 layers of joint compound so far and in it’s still drying in these pictures and it took a couple days and pushed this project back even further and I had to buy more joint compound and it wasn’t fun at all, I’m really glad I went ahead and did it. I’ve been working on these walls on and off (mostly off, to be fair) for literally months at this point, and now I don’t feel like I compromised on a dumb finishing detail. It’s going to look just as it should (provided I didn’t totally screw something up and it all falls apart in 6 months), and there won’t be anything to detract from the nice elements in the room.

SO. GOALS BY THE END OF THIS COMING WEEKEND. I’M PUTTING THEM OUT THERE:

OK, this seems maybe unrealistic. But that’s kind of my thing.

Also, my friend Emily is planning to come up over the weekend, and despite that her foot was impaled by a nail last time she was here, she sustained no lasting injuries and as such I plan to make her help me. So maybe it’s possible. 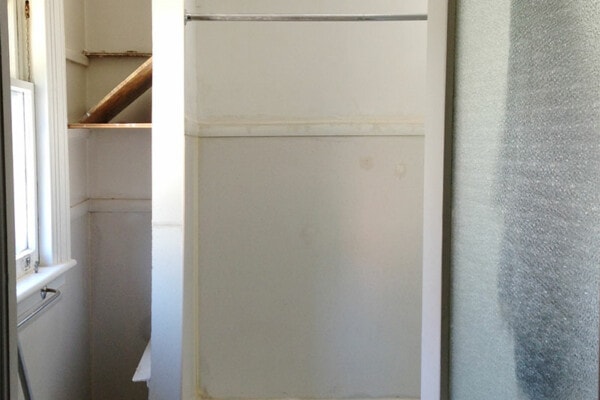 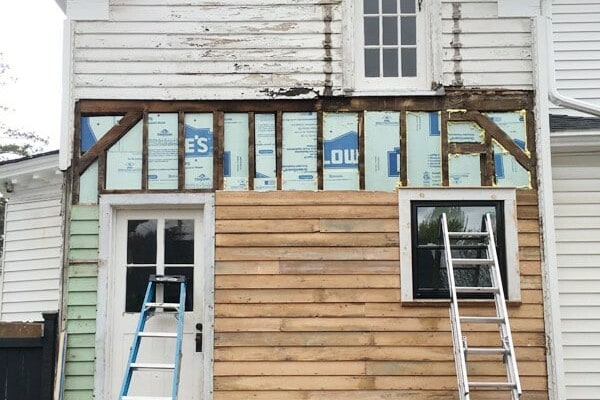